Osaka Fights To Advance Into Miami Open, To Swiatek Or Pegula 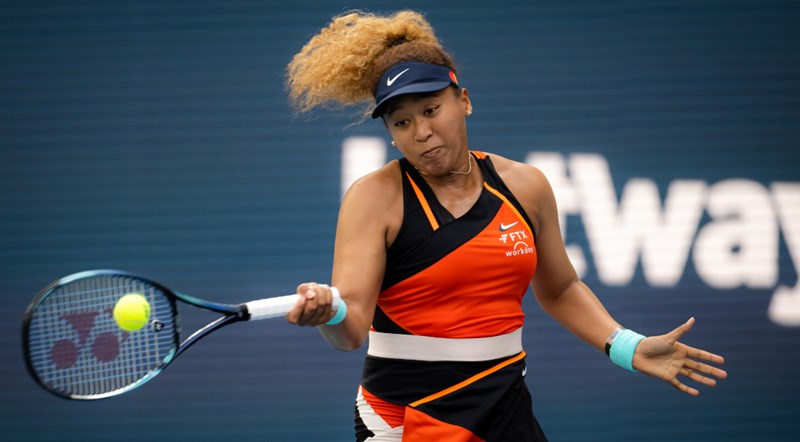 Naomi Osaka has advanced to the WTA Miami Open final by rallying to defeat Olympic champion Belinda Bencic of Switzerland 4-6, 6-3, 6-4 on Thursday.

The former World No. 2 seems to have regained her footings after consecutive defeats in Grand Slams. The qualification for the final will surely affect her ranking as she has fallen off the WTA top 10 rankings.

Bencic had won three of her four prior matches against the four-time Grand Slam champion, but Osaka fought back to reach her first final on the Miami hardcourts.

Neither player had dropped a set before the match but Bencic was impressive in the opening exchanges to quickly put Osaka on the backfoot.

"I didn't feel like I figured her out at all and somehow I managed to win," Osaka said. "She's an amazing player. I wish I had her return."

Osaka, 24, will face either American Jessica Pegula or new world No 1 Iga Swiatek of Poland.

Osaka, who left Indian Wells in tears after being heckled by a fan, was similarly emotional at the end on Thursday, but in a happier way.

"I just wanted to say thanks to everyone. The atmosphere was really good," Osaka told spectators after the match.

"Damn, I'm always crying, but this tournament means a lot to me."