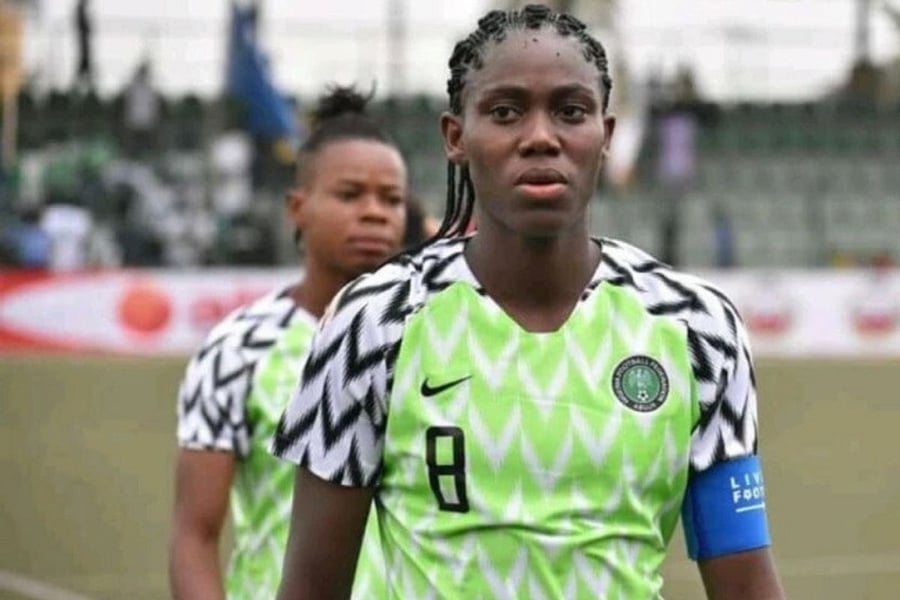 Barcelona forward Asisat Oshoala has been removed as the Super Falcons skipper, defender Onome Ebi named as a replacement.

Oshoala, four-time African Women’s Player of the Year, took over the leadership of the team in 2019 following Desire Oparanozie’s fallout with then acting coach Christopher Danjuma.

The Nigerian Football Federation (NFF) is yet to explain the reason behind the removal of Asisat as Captain but a high-ranking official, who spoke on the condition of anonymity, as no one has been authorised to speak on the matter, explained: “We have no issue whatsoever with Asisat [Oshoala], but thoughts of stripping her of the armband came after Aisha Buhari Cup last September.

“This is not for anything negative, but for troubling concerns of seeing her struggle in national team colours. We and the coach [Waldrum] observed the captaincy is weighing her down and affecting her play.

With or without it, we believe she is a true professional player and should not struggle to prove otherwise by delivering on the pitch.

Oshoala Reacts 'I Am Just Hearing This'

Reacting on social media hours after the news broke out, the former Liverpool star wrote: "LMAO, I’m just hearing this oo but okay."