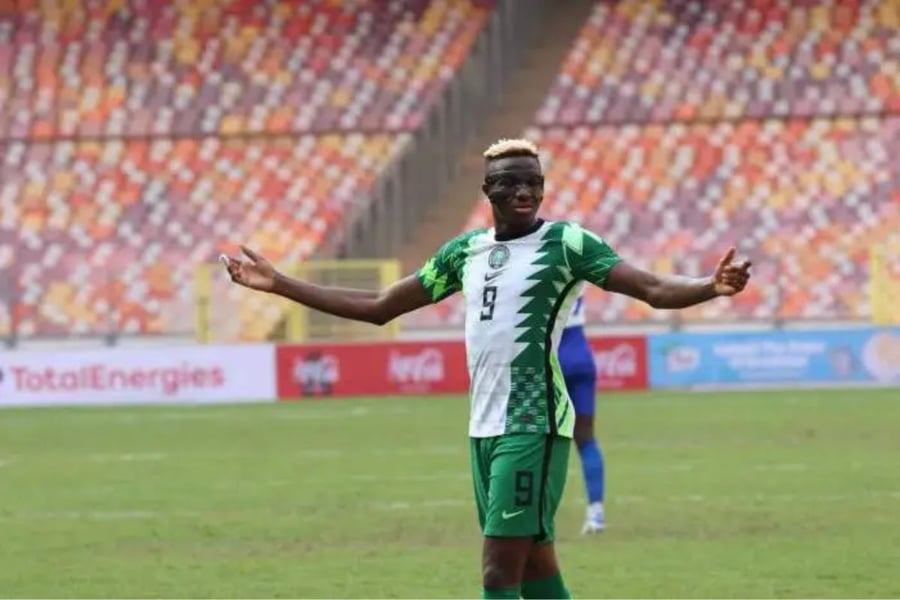 Super Eagles of Nigeria got off to a 2-1 win against Sierre Leone in the Africa Cup of Nations (AFCON) 2023 qualifiers to give Jose Peseiro a first win at the Moshood Abiola Stadium in Abuja on Thursday.

Super Eagles came into the game off the back of two consecutive losses to Mexico and Ecuador in the friendly games but showed more character in Abuja.

Sierra Leone got the first goal in a tattered-looking stadium devoid of fans due to the ban from FIFA following angry fans'' invasion of the field after Nigeria's World Cup fiasco against Ghana.

In the 11th minute, The Eagles were caught on a counter-attack with Musa Noah Kamara beating his marker on the left and sending a cross in which was met by Jonathan Morsay's diving header.

In a quick response, Nigeria leveled the score through Everton midfielder Alex Iwobi -- a neat exchange between the Toffees midfielder and Nantes' Moses Simon, then Iwobi slotted a low ball into the net, and goalkeeper Mohamed Kamara was left stranded between the sticks.

Napoli frontman got his 11th goal for Nigeria with a poacher's instinct to tuck his leg into a loose header from Moses Simon. Another goal rendered the Sierre Leone's goalkeeper muddled.

Nigeria could have extended the lead by 3 or even 4 goals but Villarreal Samuel Chukwueze fluffed a finish in a one-on-one situation.