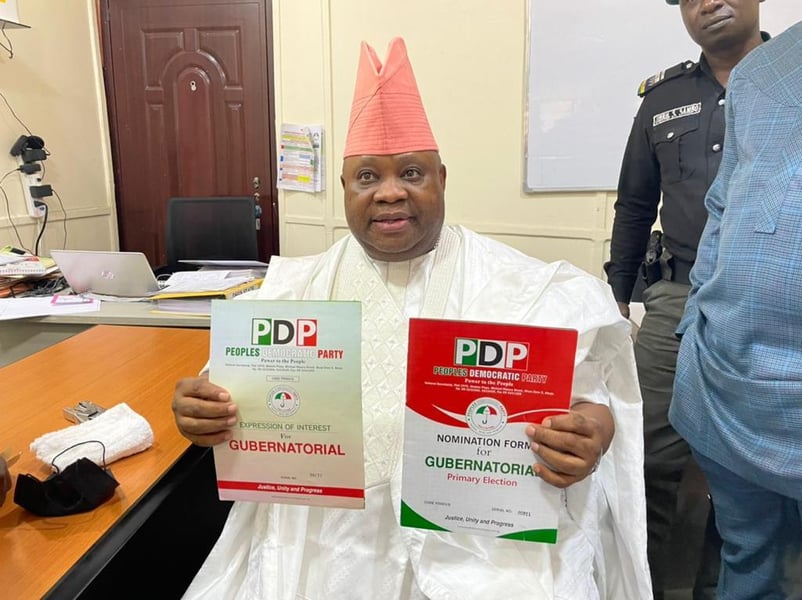 Oladele Bamiji, the Director of Media for the Peoples Democratic Party (PDP) Osun chapter has revealed why the party’s gubernatorial candidate, Senator Ademola Adeleke has been avoiding journalists.

Bamiji said Senator Adeleke’s silence since he emerged as Osun PDP candidate was part of his political strategy adding that he is not an unknown personality to the people of Osun.

It was gathered that there has been serious agitations from Osun electorates demanding that the PDP gubernatorial candidate, Senator Ademola Adeleke provide regular platform in addressing them through journalists.

“Those who are close to Senator Adeleke know that he is never a person who shy away from talking but the type of talking in politics needs to be a sensible one.

“Those who follow our party’s activities know Senator Ademola Adeleke is actually talking with the people of Osun," Bamiji revealed.

Bamiji also dismissed the rumour that Senator Adeleke can not address the public.

He added that the PDP gubernatorial candidate's visitations to Iwo and Ijesa land attested to his competency to speak with the people.

“Nobody is speaking for him, he holds the microphone and talks to the people himself."

Senator Ademola Adeleke will be challenging Governor Gboyega Oyetola, the candidate of the All Progressives Congress (APC) in the July 16, 2022, Osun governorship election.