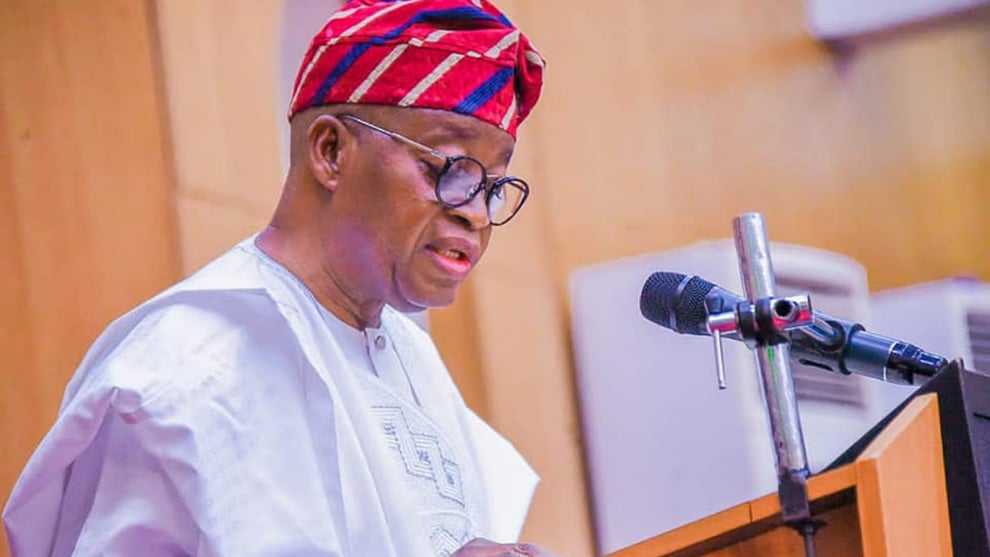 The Osun State chapter of the Peoples Democratic Party (PDP) has described the low turnout of people at the flagoff of the gubernatorial campaign of Governor Adegboyega Oyetola as a true reflection of the poor performance of his administration.

The Osun PDP which noted that it was a poor outing, added that it is a potent signal for the eventual defeat of Governor Oyetola in the July 16, 2022, gubernatorial election.

Making the declaration in a signed statement on Friday in Osogbo, Diran Odeyemi, Chairman, Media and Publicity Committee, Senator Ademola Adeleke Campaign Organisation, stated that the the failure of the campaign flagoff in Ile-Ife, which is believed as the cradle of the Yoruba people was note that the government had failed abysmally.

The Osun Governor, Adegboyega Oyetola flagged off his second term gubernatorial campaign in Ile-Ife on Thursday.

"We make bold to say there was no concrete achievements the administration could point at in the last four years at Ile-Ife, hence the courageous decision of Ife people to treat Oyetola and his team like a leper during the campaign tour.

"Like everyone knows, people of Ile-Ife are politically active and sensible and would therefore put their votes to elect their son as the deputy governor, rather than wasting such on an administration that neither benefit them, in any concrete way nor have any plan for them in the next four years.

"That show of shame on Thursday at Ile Ife is enough reason for any government with discerning mind to be preparing its handover notes rather than junketing around the state in frivolities, wasting the tax payers money.

"We will also like to advise the failing administration of Governor Oyetola to campaign based on issues and achievements, if he has any, rather than chasing the shadows of denigrating People Democratic Party.

"Such diversionary style only cement the conclusion of Osun voters that the Governor is bereft of governance ideas, hence his switch to personality attacks.

Odeyemi maintained that rather than resorting to personality attacks and street talk, the PDP gubernatorial candidate, Ademola Adeleke has expressed his readiness to govern and salvage the people of the state from poverty and underdevelopment.

The Adeleke campaign organisation called on the state's electorate vote and show the APC led administration the way out on election day.

"Our focus and attention should be to, on election day, show the failed administration red card.

"Let us show courage and strength to affirm and assert our right to elect a governor of our choice," he concluded.