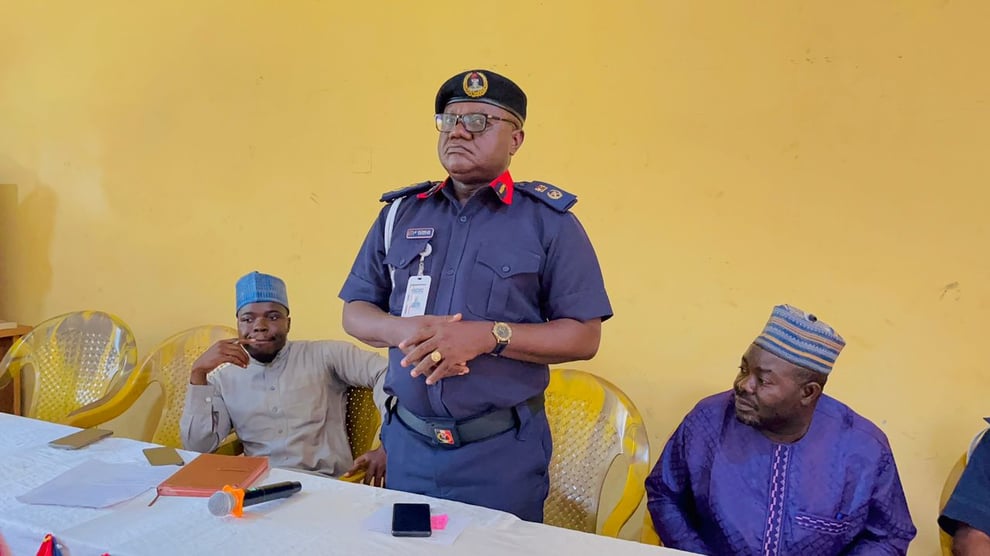 An appeal has gone to politicians and the electorate to ensure that the forthcoming gubernatorial election in Osun State is conducted under a peaceful atmosphere.

Making the appeal during a stakeholders summit in Osogbo, the Osun Commandant of the Nigerian Security and Civil Defence Corps (NSCDC), Emmanuel Ocheja has also called on parents and guardians to ensure their children are not used as willing tools by politicians to cause trouble during the guber polls.

Ocheja noted that the stakeholders summit was essential to educate political stakeholders on the need to maintain peace during election.

The Osun NSCDC boss while warning that anyone caught perpetrating violence would be dealt with in line with the law added that the Osun NSCDC command would do everything possible to protect the electorates.

"The Osun NSCDC and her sister security agencies would be all out during the polls to maintain peace, protect critical national infrastructure, INEC officials, and electoral materials.

Earlier, Abiodun Oluropo, the Osun State Coordinator of National Orientation Agency (NOA), in his presentation, hinted that for the election to be violence free, all political gladiators as well as the general public must play politics according to the electoral laws and the Constitution of the Federal Republic of Nigeria.

Oluropo explained that political parties must also educate their followers to shun inflammatory utterances during the campaign, while security agents must also uphold the tenets of their duties and exhibit professionalism during the polls.

While assuring that NOA as an agent saddled with sensitising and orientating the citizenry on their civic responsibilities had doubled its efforts in discharging its mandate towards free and credible elections, he used the opportunity to appeal to the citizenry to arise and reject any form of inducement, from politicians during the election.

The summit which was organised by the Peace and Conflict Management Unit of the Osun NSCDC has the theme: "Violence Free Election in Osun State; Our Collective Responsibilities."