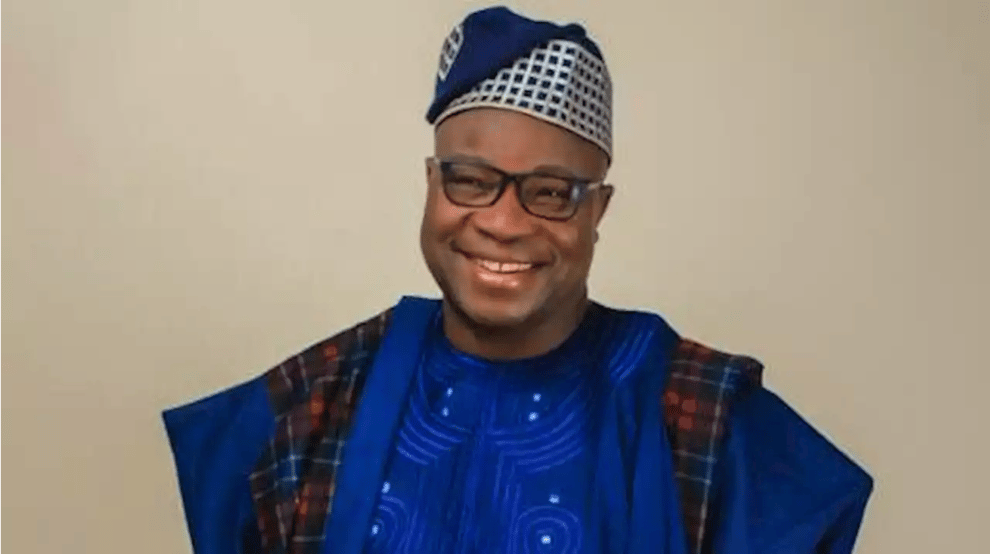 The Accord Party gubernatorial candidate, Akin Ogunbiyi, has described as laughable some lies peddled by members of his former party, the Peoples Democratic Party (PDP) that he is working for All Progressives Congress (APC).

“There are some lies being spread about by my political opponents especially by members of my former party, the PDP that I am a member of APC and that I have something to do with Asiwaju Tinubu.

"It was when they had nothing against me that they resorted to falsehood.

"I emphatically repeat that I can NEVER have anything to do with APC and I have never had anything do with Tinubu, either politically or in the business world.

“To me, APC is evil and I wonder why reasonable and godly people would associate with such a party.

“By the grace of God, I am okay and I don’t need a Tinubu to survive.

"All the money I have been spending has been from my sweat and hardwork.

“APC in Osun has caused more pains and trouble for us. APC’s 12 years in governance has been a total failure.

"The party destroyed Osun State with lack of transparency and corruption.

“Pensioners, workers, artisans, traders and all of us are being made to suffer under APC.

“I am a Christian and I want you to believe me that I can NEVER be part of APC nor have any deal with the party that has enslaved our people.

"I have also left PDP for good. This is also an evil party full of deceits. Both parties ruined Nigeria and destroyed destinies.

“We know those who had betrayed the people in the past.

"In 2014, Late Isiaka Adeleke left the PDP for APC and this led to the defeat of PDP.

"I am not like him. I went to a neutral party to pursue my ambition.

“In 2018, Otunba Iyiola Omisore betrayed his supporters and jumped into APC to negotiate with the party.

"I am not Omisore. I am Akin Ogunbiyi and I stand before the Almighty God that I will never betray my people.

"Your votes are secured with me and we are winning together.

“By the special grace of God, Accord shall defeat them and I will be victorious in the July 16th election."