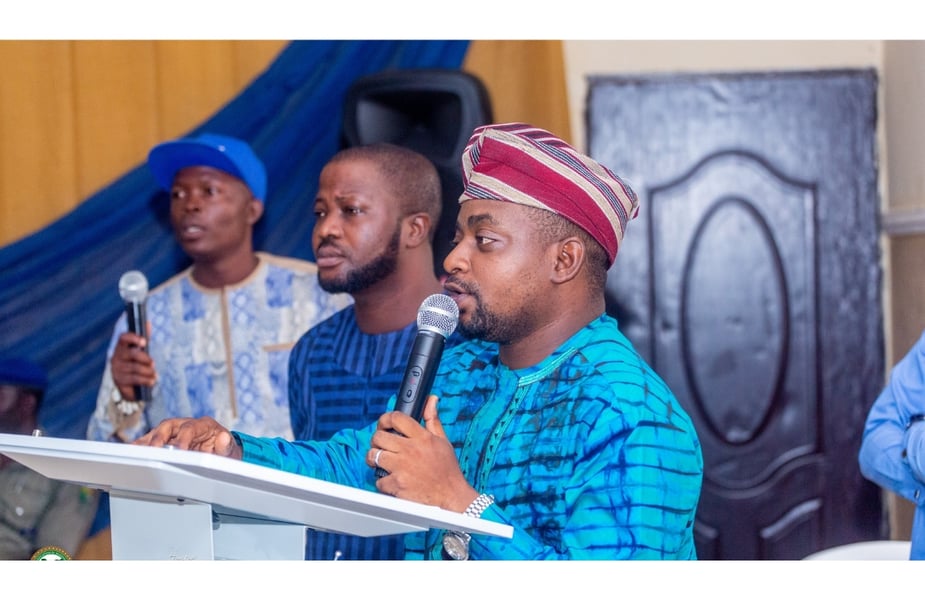 The Osun State Governor, Adegboyega Oyetola, has advised youths, particularly the students in the state to shun electoral violence and protect their votes in the coming July 16, 2022, gubernatorial election.

While stating that election is not a war, Oyetola urged the students not to become a willing tool for desperate politicians to perpetrate electoral violence before, during and after the July 16, 2022, gubernatorial election in the state.

He also charged the students not to compromise already existing peace in the state in the last three and half years.

The governor made this known on Friday while addressing the participant at a leadership summit with the theme 'Free, Fear and Credible Election, Bedrock for National Development'', organised by the national leadership of the National Association of Nigeria Students (NANS) held at Osun State University, Osogbo Campus, Osogbo, Osun State Capital.

Oyetola, represented by his Senior Special Assistant on Student Affairs and Social Mobilisation, Kehinde Ayantunji said student unionism is a leadership recruitment platform for national development and the student must strive hard to sustain the current democratic transition in the state through free, fair, credible and acceptable election.

"As a government, we strongly believe in our youths, which is the driving force of our huge investments in education and youth development for a better Osun.

"Since the inception of this administration, it is all positive stories in our educational sector, the story of persistent industrial action in our tertiary Institutions has become a thing of the past and we are still committed to any intervention that will make our graduates and student compete with their contemporaries in any part of the world.

"It is Mr Governor's promise to the people of Osun and he will do more if re-elected.

"Today is June 16, 2022, and by implication, exactly a month to come, the Governorship election will hold in Osun. The coming election is a critical decision that we must take seriously because its outcome will determine the prospect of the state's development for another four years.

"Therefore, we must support the Independent National Electoral Commission (INEC) and security agencies to conduct a credible and acceptable election.

"You must reject electoral violence, no matter the monetary offer or any form of inducement. Such conduct will only mortgage your future and deny the citizens the democratic right to choose leadership, which is dangerous for our democracy.

"As the ruling party, we have no fear, we are so confident of winning because of our performance, especially on education and youth development. All we are asking for is a conducive atmosphere that will guarantee a credible process with equal opportunity for all political parties.

"In the history of the state, Governor Oyetola has the best and well-articulated youth policy that is driving our interventions on eradication of poverty, job creation and educational development. All these are successes that are physical and abstract in measurement to evaluate our performance.

"The indigent students just received Bursary recently and we have no record of increment in tuition fees despite full payment of salary to workers across all the civil service clusters.

"These are good works that we are so confident that people of Osun will not allow to stop. Our education sector has been proven to be secure and promising under the present administration, therefore, Mr Governor's continuity is in the best interest of the state," Ayantunji said.

Osun State Resident Electoral Commissioner, Independent National Electoral Commission (INEC), Professor Abduganiyu Olayinka Raji said out of 1,955,657 total registered voters in Osun, youths between the age of youth between the age of 18 - 50 years constituted 75% of the total eligible voters saying the youths in Osun now have a better opportunity to choose their preferred candidate with the larger voting population advantage.

He said the Permanent Voters Cards of those who participated in the just-concluded Continuous Voters Registration in the state are now available in different local government INEC offices and announced that the collection would be devolved to 332 wards from next week Monday and urged the students to go and collect their voters' card.

Prof. Raji who said that 15 political parties are participating in the July 16, 2022, Governorship election in Osun advised the youths and students not to involve in any form of rigging and violence saying the new technologies that will be deployed by INEC will reduce substantially, election malpractices.

In their separate addresses, the National President of the National Association of Nigerian Students (NANS), Sunday Asefon and Secretary Comrade Adekitan Lukman said the workshop was organised by the Secretariat of NANS to sensitise the students on the electoral process and the need for more participation in the election as part of the organisation contributions to a free and fair election and Nigeria democratic development.