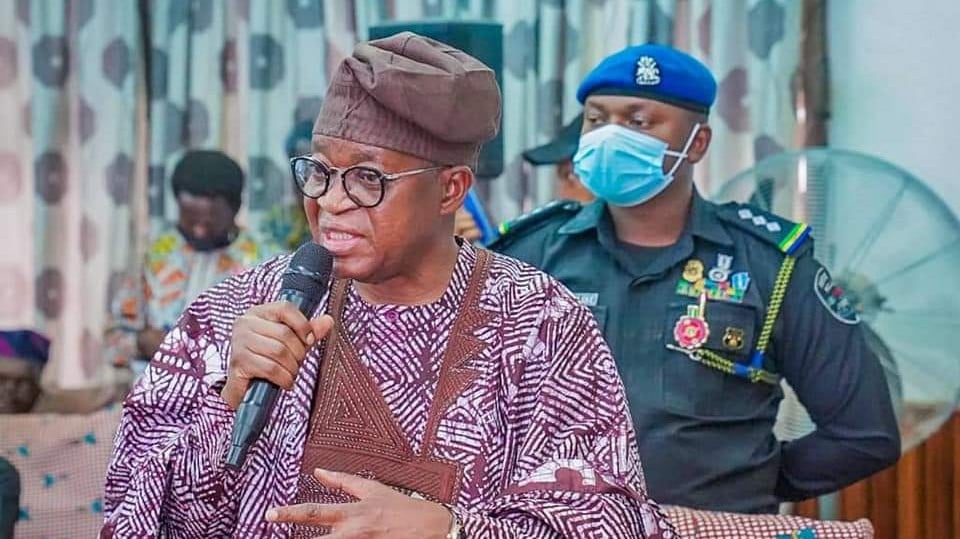 Osun State Governor, Adegboyega Oyetola is set to welcome 10,423 members of the Peoples Democratic Party (PDP) into the All Progressives Congress (APC) on Tuesday.

This is as Governor Oyetola described the massive defection to the ruling party as signalling the dawn of a new day for the APC in Osun state.

The former PDP members whose numbers cut across different wards, local government areas and federal constituencies of the state will be formally received into the ruling party at the Freedom Park, Osogbo.

The Osun governor, in an interview also urged citizens and residents of the state to unite for the common cause of lifting the state.

"It is the dawn of a new and happy day in Osun. We trust our citizens and residents to discern that it is finally time for Osun to stand together and do what is right and necessary to lift our state."

The Chairman of the Osun APC, Prince Gboyega Famodun, commenting on the situation, said the defectors have made the right choice for their political sojourn and future and in the interest of the state.

"We welcome the new members to APC, a place of peace and tranquillity."

The Chairman of the Defectors Care Committee, Timothy Owoeye, who is also the Speaker of the State House of Assembly described the mass defection as another historical feat recorded by Governor Oyetola.

"No other governor has been able to deplete the ranks of the opposition in one fell swoop like this. Governor Oyetola's calm mien, focussed leadership and determination to change the way the government is run are some of the reasons given by the defectors for joining the APC."