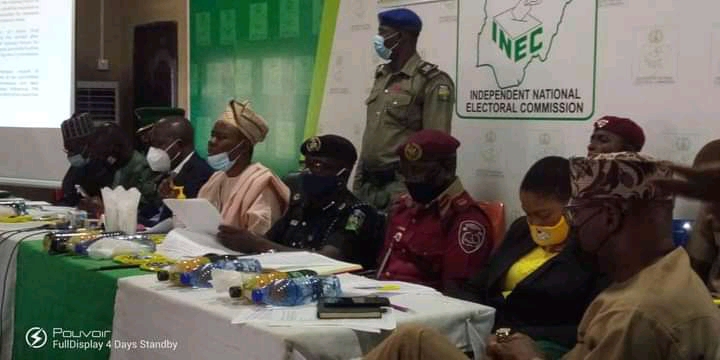 As the July 16, 2022, Osun gubernatorial election approaches, the Independent National Election Commission (INEC) Resident Electoral Commissioner (REC) for the state, Professor Abdulganiy Olayinka, has assured the people of the state that an inconclusive election will not occur again.

Professor Olayinka who disclosed this on Monday at an INEC organised stakeholders forum organised in Osogbo maintained that it is working tirelessly to ensure that the upcoming election is free, fair and violence-free.

While speaking on the commission’s efforts to ensure that voters apathy is reduced to the barest minimum, the Osun REC said that INEC has graciously approved the current ongoing Continuous Voter Registration (CVR) at the State Office and the INEC local government offices are devolved and taken to the three hundred and thirty-two (332) registration areas/electoral wards in the state.

While hinting that the exercise would be commencing from Thursday, March 24 to Wednesday, March 20, 2022, between 9:00am to  3:00pm, he noted that the decision was aimed at ensuring that all eligible voters who have not or could not perform their civic duty of registering as voters due to distance, were provided with the opportunity to do so with ease.

The Osun INEC boss however urged members of the public to take advantage to either register or transfer their voting rights to newly created polling units close to their residence.

“Doing so would enable the Commission to leverage on having even distribution of 500 voters in each Polling Unit with its attendant benefit of completing the voting process in the daytime.

“This would prevent night marauders from unleashing their havoc and make election inconclusive,” he said.

Also speaking, Deputy Director of ICT, Dr. Lawrence Bayode disclosed that the commission will make use of the model Voter Accreditation System in place of the Smart Card Reader (SCR).

“This has been successfully deployed since the August 8, 2020 Bye-Election in Nasarawa State till date, and it will also be used in the February 12, 2022 Area Council Elections in the FCT,” he said.