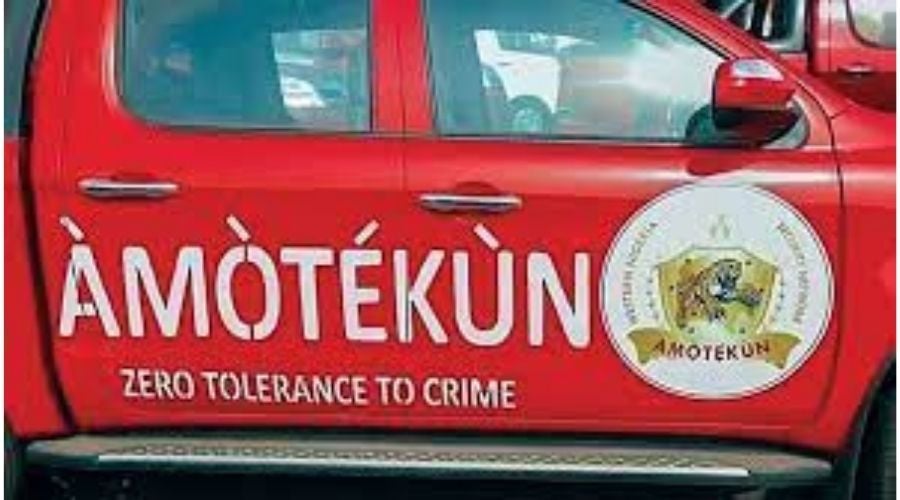 No fewer than 21 Northerners hidden in a trailer loaded with motorcycles have been arrested by personnel of the Osun State Security outfit codenamed Amotekun In Ajebandele, Ile-Ife.

They claimed they came from Zamfara State and were trailed from Ondo Road to Ajebandele in Ile-Ife.

This was made known by Amitolu Shittu, the Osun Amotekun Field Commander while chatting with journalists in Osogbo.

Shittu disclosed that the trailer was intercepted by operatives of Osun Amotekun after their movement became suspicious.

"Our men while on duty saw a suspected trailer filled with motorcycles and we trailed the vehicle to Ajebandele.

"They stopped along Ajebandele road and while searching the vehicle, we realised they were not carrying only a motorcycle, but 21 young men hid in the truck.

"We asked them where they were going, but they did not know their destination as some of them said Zamfara State.

"After cross-examination by our men, we transferred them to the State Police Investigation Department in Osogbo for subsequent Investigation and Interrogation."