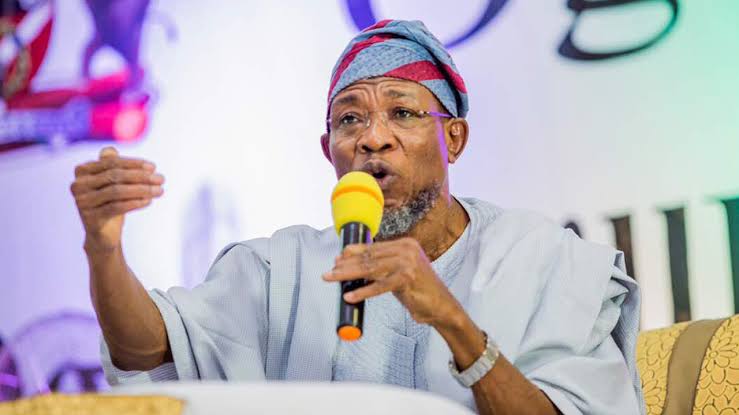 The Minister of Interior and former governor of Osun State, Rauf Aregbesola has asked members of the All Progressives Congress (APC) in the just concluded gubernatorial primary election in the state to hold their heads high.

In a statement signed by Sola Fasure, his Media Adviser, Aregbesola thanked the party members for heeding the call to participate and conducting themselves most peacefully in the party's gubernatorial primary election.

While appreciating them for adopting a nonviolent posture in the face of provocation, the Interior Minister acknowledged that the members had demonstrated loyalty to the party and democratic ideals.

He revealed that he had received reports of maltreatment and deliberate removal of names of members suspected to be sympathetic to The Osun Progressives (TOP) which was contrary to the convention of making the list available to the candidates before the election.

The former governor of Osun State who disclosed that he was aware of reports of how party registration cards were being hawked and accreditation was not done in many wards added that in some units, people without the party identification just participated and queued behind the governor.

While calling on members not to take laws into their hands, he urged them to explore all peaceful and legal means to address the matter to obtain justice.

Recall that Aregbesola on Monday, in Ijebu-Jesa, publicly declared his support for Moshood Adeoti, the gubernatorial aspirant of his faction of the APC in the state, whose chairman is Rasaq Salinsile.