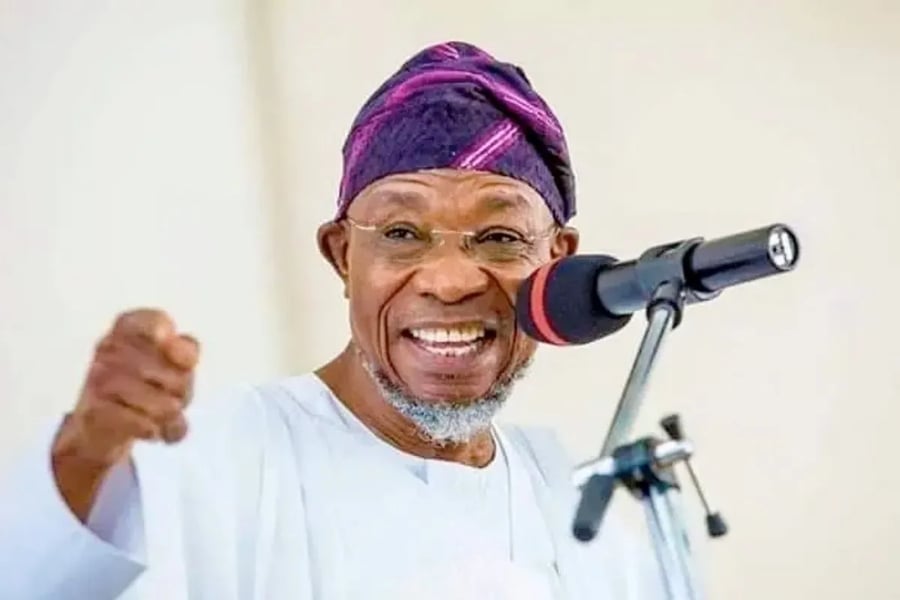 The All Progressives Congress (APC) in Osun State has congratulated the Minister of Interior, Ogbeni Rauf Aregbesola on his award as the Best Minister of the Year 2022 by Democracy Heroes Award Africa.

The APC in a congratulatory message signed by its factional Chairman, Hon. Rasaq Salinsile on Thursday said the award is not only well deserved but also reconfirmed Aregbesola's dedication and passion for nation building, selfless service, and delivery of quality leadership.

According to Salinsile, such an award is not unexpected because Aregbesola has no doubt added value to President Muhammadu Buhari's administration through various reforms in the Nigerian Correctional Service, Immigration, Fire Service and other agencies under the Ministry of Interior.

Salinsile said the award is not also surprising because of the legacy of good governance left behind by Aregbesola in Osun State, echoing that the Minister is the architect of modern Osun.

"Ogbeni Rauf Aregbesola is a golden fish that has no hiding place; his hard work, quality leadership skill, commitment, passion and dedication to nation building and a better Nigeria will always stand him out among his peers.

"We are not surprised that Aregbesola is honoured as the Minister of the Year. Reason being that he is an added value to President Muhammadu Buhari's administration. He has brought productive reforms to immigration, correctional service, fire service and other agencies under the Ministry of Interior.

"Aregbesola remains the architect of modern Osun and the legacy of good governance he left behind cannot be erased in spite of the underserved and vindictive onslaught on him by his successor.

"The Minister has always been having a footprint of quality and selfless service, and his goal is to see to a better society. He is such a rare politician that Nigeria needs in the quest to attain a developed nation. He is just a blessing to Nigeria.

"We in the APC congratulate our leader, mentor and benefactor, Ogbeni Rauf Aregbesola, on his award. It is yet another feat attained. May he live long in the service to humanity and nation building," he said.