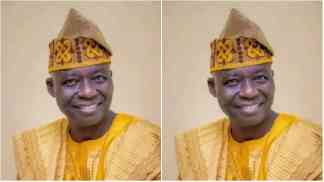 A new leadership has been elected for the All Progressives Congress (APC) under the faction of The Osun Progressives (TOP) in Osun State.

In a parallel State Congress of the APC that was held on Saturday October 16, 2021, the immediate past caretaker Secretary of the party, Rasaq Salinsile, was elected as the new APC Chairman while former Commissioner for Information and Strategy, Adelani Baderinwa, was elected State Secretary.

Recall that the congress which was held by the The Osun Progressives faction was almost disrupted by thugs who are allegedly loyal to the IleriOluwa faction of the APC.

The thugs were however repelled by security operatives who engaged them in a gun battle.

However, two members of the APC were shot by the hoodlums.