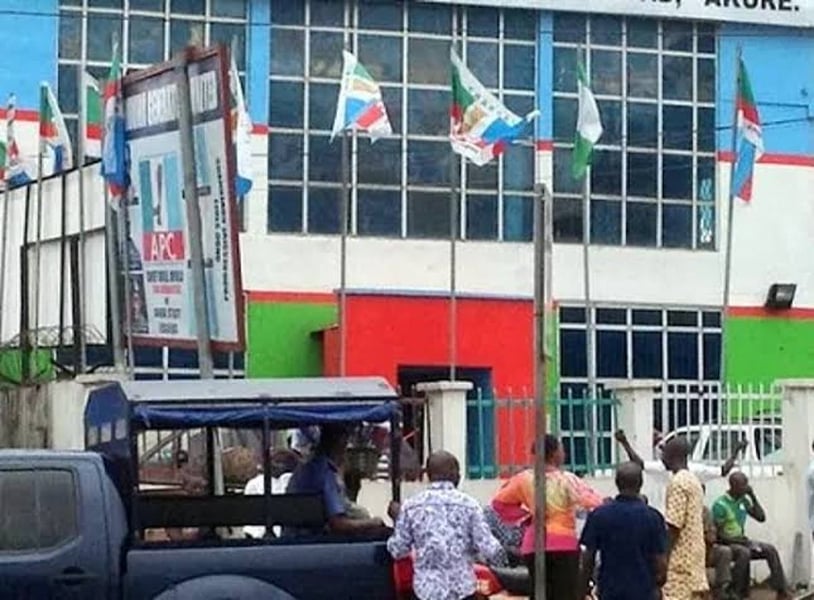 A Federal High Court hearing the suit filed by 2,517 members of the All Progressives Congress (APC), in 26 Local Government Areas of Osun State to challenge the ward congress of the party, held on July 31, 2021, has adjourned the case till Wednesday.

The adjournment came after the parties in the suit argued for and against the preliminary objection raised by the defendants to challenge the jurisdiction of the court on the case.

The respondents argued that the court lacked jurisdiction to entertain the case because it is a party matter, stating that the court should excuse itself from meddling in party affairs.

Lead counsel of the respondents, Dr. Mubaraq Adekilekun argued that the suit is not worth being heard because the litigants do not have the right to challenge the directive of the National Caretaker and Extraordinary Convention Committee of the party.

Adekilekun submitted that the plaintiffs’ complaint against the consensus method of the ward congress lack substance because no party member has the legal right to challenge the national leadership of the party.

Responding to the argument of the respondents, the lead counsel of the aggrieved APC members, Mahmud Adesina, SAN, argued that the court has jurisdiction to entertain the case because it has to do with noncompliance with the guidelines of the ward congress of the party.

Adesina said the respondents did not comply with the APC guidelines on the ward congress, as they forced consensus on the party members.

He said the party’s guidelines on the ward congress was that consensus could hold where all the parties agreed to it and when there are no two aspirants that obtain a form for a particular position.

He submitted that it was only the litigants that applied, paid and obtained forms to contest party offices in the congress, adding that the congress conducted by the plaintiffs was the only legal exercise.

Adesina said the congress organised by the plaintiffs is null and void, illegal and of no effect.

However, the presiding judge, Justice Emmanuel Ayoola, adjourned the case till Wednesday, January 26, 2022, for the ruling on the issue of jurisdiction.