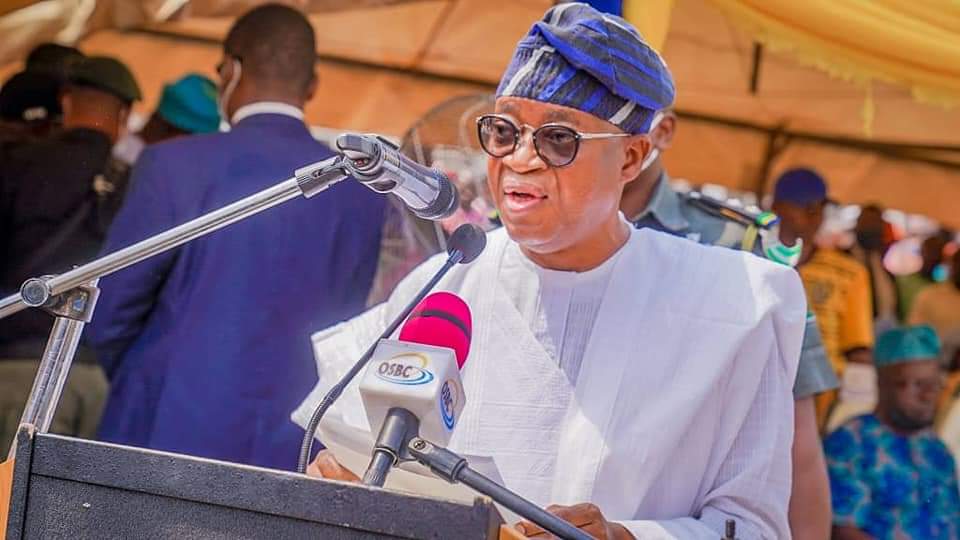 The Osun State Government has released another sum of three hundred and fifty million Naira (N350,000,000) for the payment of the Contributory Pensions Scheme for retirees on the new Pensions Scheme in the State Civil Service.

It also announced the disbursement of an additional sum of one hundred million Naira (N100,000,000) to pay part of the gratuities of retirees on the old Pensions Scheme, totalling One billion two hundred and two million Naira only (N1,202,000,000

Announcing a signed statement in Osogbo on Friday, Festus Olowogboyega Oyebade, Head of Service, added that the latest disbursement was different from the sum of seven hundred and fifty-two million (N752,000,000) as monthly pension to all retired workers under the old Pensions Scheme for September 2022.

"The list of beneficiaries selected on merit is posted on the Notice Boards of the Civil Service Bureau Office of the Head of Service and the Ministry of Information and Civic Engagement.

"Concerned retirees who are picked on merit are to check the list for their names and payment starts immediately on Tuesday 4th October 2022.

"Mr Adegboyega Oyetola urges all the workers and retirees in the State to be more dedicated and wishes them Happy Independence Anniversary. He assures all workers of the State both serving and retired of giving their welfare priority, and attention throughout his administration."

We Are Not A Thieving Government — Osun Government

We Are Not A Thieving Government — Osun Government