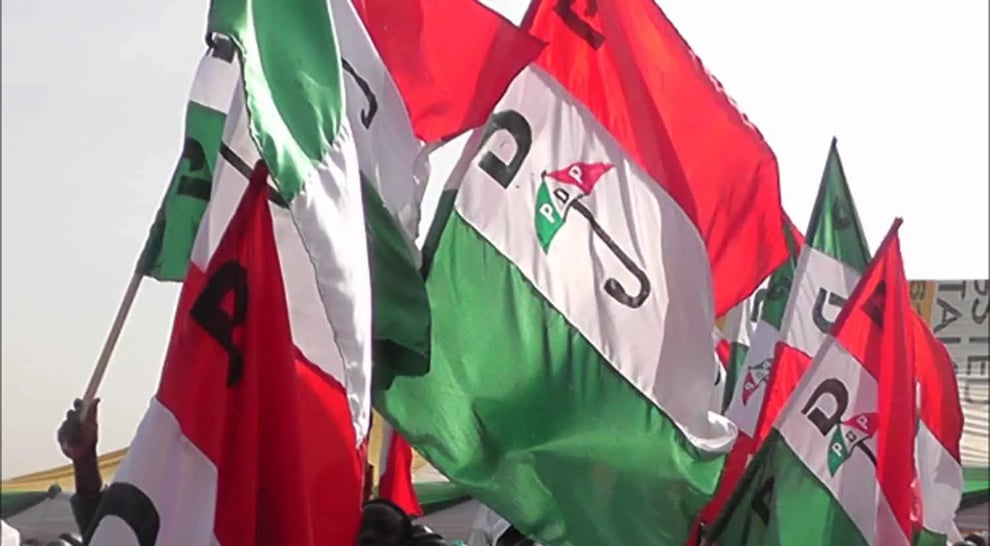 Following the alleged public declaration of leaders of the All Progressives Congress (APC) to rig the July 16 Osun gubernatorial election, the state chapter of the Peoples Democratic Party (PDP) has called on the major western countries to impose a visa ban on some leaders of the APC.

The party also called for the visa ban to be extended to top leaders of APC and Osun state government officials involved in the alleged planned to subvert the will of the people.

The Osun PDP made its stance known in a petition signed by Akindele Adekunle, the Caretaker Transition Committee Chairman and obtained by DAILY POST on Tuesday in Osogbo.

In the petition sent to the Ambassadors of the United States of America, Italy, France, Germany, the European Commission and High Commissioners of the United Kingdom and Canada, the Adekunle stated that the utterances and public instructions of Abdullahi Adamu, the APC National Chairman to its Osun campaign council to right the July 16 Osun gubernatorial election were documented.

"We are constrained to bring to the attention of Your Excellencies, the grand plot by the National and State leadership of the All Progressive Congress(APC) to undermine the electoral process and subvert the will of Osun people in the forthcoming state election.

“The ruling party has openly and expressly directed its operatives to deploy all means including undemocratic measures like violence and poll disruption to win the election.

“The National Chairman of APC, Adamu Abdulahi had while inaugurating the State Campaign Council issued the directive last week and the video of the directive has gone viral.

“Unfortunately, APC operatives in Osun state have started executing the directive with ongoing killings and maiming of PDP leaders and members across the state.

“Our party just petitioned the Inspector General of Police on recent killings and attacks including the direct involvement of Amotekun, the state security force alongside political thugs lead by Chairman of road transport workers union in the state, Asiri Eniba.”

The petition also alleged that operatives of the APC have also launched systematic subversion of the electoral process, tampering with the preparatory stage including collection of voters cards, coercion of state workers, vote buying among others.

While noting that strong arm tactics was also being deployed to appoint APC members as INEC officials it added that direct connivance of the state electoral officials with top Osun state government operatives was also deployed.

“On our part, we have called on President Muhammadu Buhari to call his party chairman to order.

"While electoral malpractice is a challenge in the electoral process, this is the first time a National Chairman of a ruling party would openly and unapologetically directed rigging of an upcoming election.

“We had given the Nigerian leadership opportunity to disown the undemocratic agenda of the party chief and we are expanding the net by calling on Your Excellencies to place a visa ban on top leaders of APC and Osun state government officials involved in the planned subversion of the will of the people.”