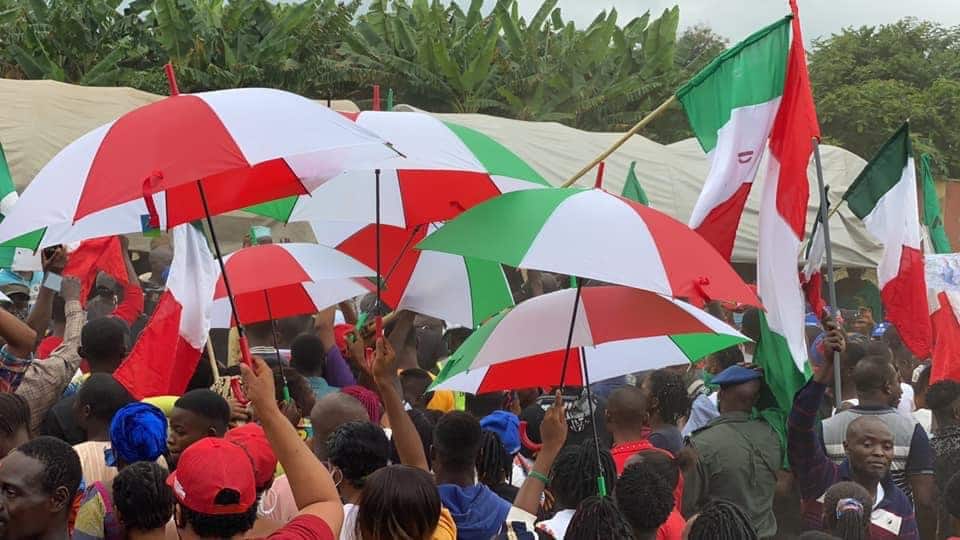 Ekiti Guber: Fayemi's Achievements Of Insecurity, Workers Sack, Others Will Send APC Out Of Power — PDP

The Osun State Chapter of the Peoples Democratic Party (PDP) had accused the ruling All Progressives Party (APC) of putting in place mechanisms to cause mayhem ahead of the July 16 gubernatorial election.

They also accused the Osun APC of collaborating with local government chairmen in Lagos in order to bring their members into the state as voters.

The Osun PDP in a statement signed by Adekunle Akindele added that in less than a month to the July 16 guber election, the ruling party has also imported some thugs from Niger Delta with fake Police and Army uniforms to harass and intimidate genuine voters during the election process.

“Also, an unspecified number of buses have been booked secretly by the APC to bring in thugs and miscreants primarily to snatch ballot boxes in the course of the forthcoming polls.

“Moreover, the APC in the helms of affairs is making frantic efforts to get Amotekun uniforms and give them to their boys who will supervise ballot box snatching and stuffing on the Election Day.

"This is highly condemnable as Amotekun Security Network cannot be said to be performing the roles of the Police or any other law enforcement agency to supervise elections in Nigeria.

“Moreover, we have it on good authority that a Senior Special Adviser to the former governor of Osun State has been commissioned to secure hotels and other means of lodging to accommodate the people who are coming into Osun State to vote for APC from other states of the country.

“Also, a former Commissioner of Police who is now the Special Adviser on Security to Governor Oyetola has been mandated by the APC to supervise the unlawful arrest and intimidation of the PDP chieftains, leaders and members across the 30 local governments including Area office, Modakeke, before, during and after the Election Day.

"The S.A. who is not an indigene of Osun State has been given the hatchet job based on her influence in the Police hierarchy.”

In a swift reaction, an official of the Osun APC has described the accusations of the PDP as laughable.

According to the source who preferred anonymity, “Dr Adekunle Akindele is just hallucinating and his allegations are laughable. In fact, the onus of proof is his responsibility.

“Osun APC thanked the Caretaker Committee Chairman of the PDP for revealing their satanic planning to the public because they know that PDP has already lost the election before the date.

“People of Osun have spoken that governance is not a dancing competition and PDP has nothing to offer Osun than looting the state’s treasury.”