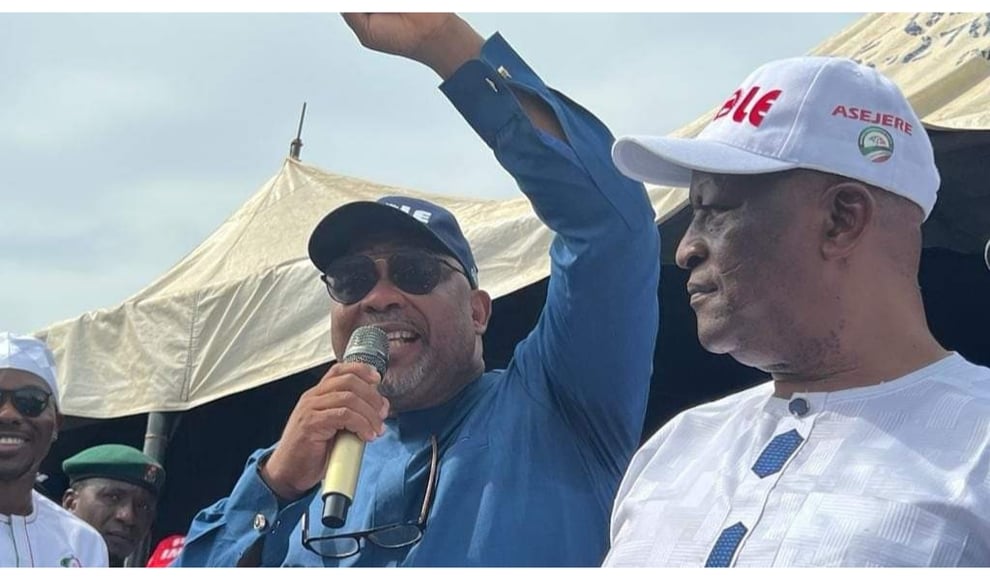 The Peoples Democratic Party (PDP) in Osun State has congratulated the candidate of the party in the July 16 gubernatorial election, Senator Ademola Adeleke for his victory at the Federal High Court in Osogbo on Wednesday.

The PDP described the judgement of Justice Ayo Emmanuel as a victory for the good people of Osun State and especially that of PDP members in the state.

A federal high court sitting in Osogbo had earlier on Wednesday affirmed candidature of Ademola Adeleke as flagbearer of the PDP in July 16 election.

A statement by the Chairman, Caretaker Committee of the party, Akindele Adekunle admonished party members to put the legal adjudication behind them and join hands together with Senator Ademola Adeleke with a view to forming a formidable front towards the election.

Akindele also called on Dotun Babayemii to ensure proper integration of his  followers into mainstream PDP in the state.

This according to him, will dissuade the fifth columists trying to infiltrate the party through the corridors of misunderstanding.

While commending the Gbongan born prince for the level of maturity with which he conducted himself during the brotherly tussle, Akindele urged him to use his high standing for the needed unity in the party.

The chairman called on leaders in the party to reign in on their followers to desist from harsh comments on the latest  development but devote their energy into the collective goals of the party.