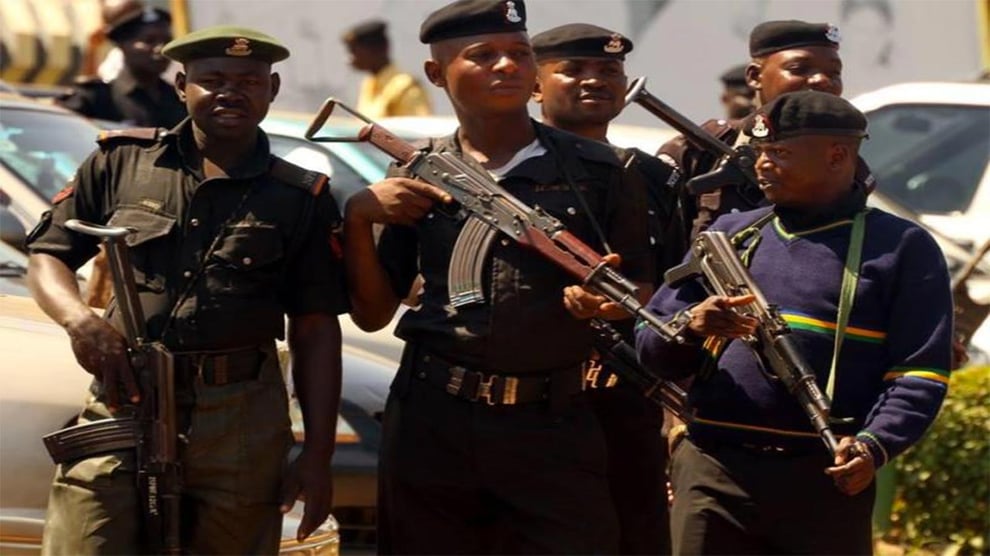 In a statement by the Command spokesperson, Yemisi Opalola on Saturday, she revealed that Orji Desmond Ikenna, aged 29, Makanjuola Bilahu, aged 58 and Oluwatobi Oginni, aged 32 were apprehended with 38 Permanent Voters' Cards (PVCs) in their possession.

“He consequently demanded for the register and discovered that, one Orji Desmond Ikenna, a corps member attached to INEC office as an Ad-Hoc staff in charge of Voter’s Card distribution has collected his PVC on the order of one Wale Ojo and Ijamakinwa Olaoluwa now at large both members of People Democratic Party (PDP) for financial transaction.

“On receipt of the complaint, police detective immediately swung into action and arrested the principal suspect along with the INEC supervisor to the alleged corps member Mrs Makanjuola Bilahu ‘f’ aged 58 years and one Mr. Oluwatobi Ogini ‘m’ aged 32 years to investigate the level of their involvement.

“Meanwhile, the police is on the trail of the fleeing suspects.

“The suspects will be charged to court after the completion of investigation.”

Opalola who revealed that the Police Command has embarked on raiding of identified blackspots to fish out criminal elements as the July 16 gubernatorial election is fast approaching hinted that 18 suspected criminals had been arrested and were currently undergoing interrogation.

While advising the people of the state to give prompt and useful information to assist the police in nipping criminal and electoral malpractices in the bud, she warned that such activities should be shunned as the police is fully prepared to deal decisively with anyone caught in such act.