The stage is set for the residents of Osun State, South West Nigeria, to choose who will pilot their affairs for the next four years as voters in their large numbers have started to troop out to their various poling units to exercise their franchise.

Voters were observed observing orderliness in long queues as they started the accreditation exercise and eventual voting. 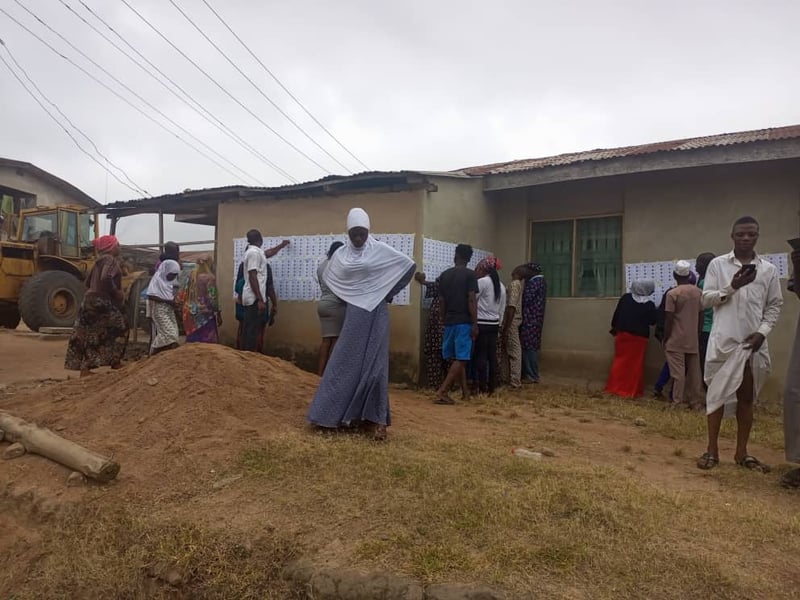 Most of the voters who were anxious to cast their votes also expressed optimism that the exercise would be observed without any case of violence.

Below Are Timely Updates Of Voters Turn-Out

Election materials have been set up by the Election personnel. Voters are checking for their names on the voter's lists. Security operatives are also on ground. 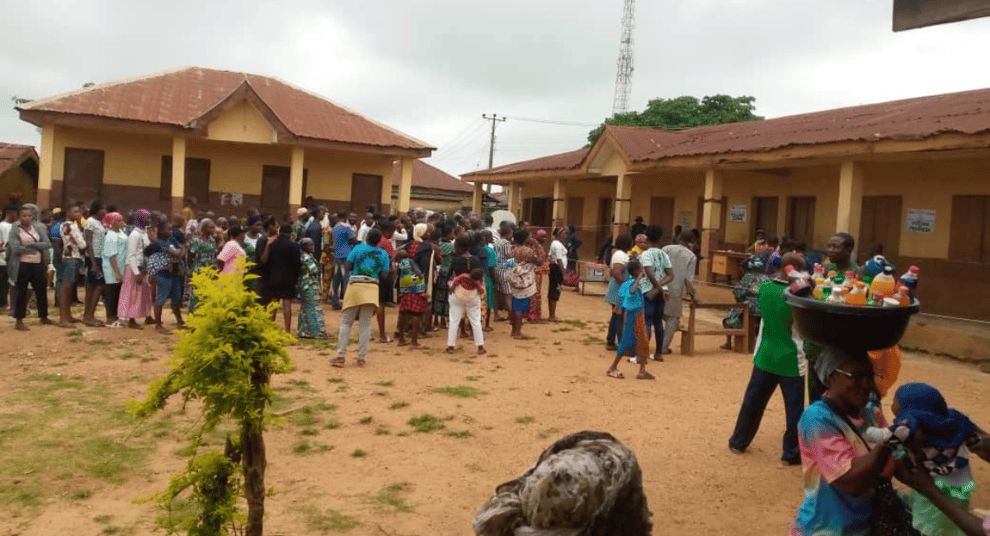 Voters are checking for their names on the pasted list as officials set up polling booths.

INEC Officers are setting up as voters walk into the voting arena.

As INEC officials set up for voting, the cloudy sky is a cause to worry for them.

Sensitisation of voters is over, however, accreditation has yet to commence. Social distance is not observed.

Voters have arrived in their numbers. They are currently checking for their names on the pasted lists. Security personnel are present and the environment is peaceful.

Three election officials and one security officer on ground setting up the polling unit. List of names accredited has been pasted.

The ad hoc staff are done pasting the voters list and have set the table for accreditation and voting.

We have six security personnel on ground

Large numbers of voters outside awaiting commencement of voting process. Elderly people are given seats.

The INEC officials are also getting prepared for the Process.

INEC ad hoc staff are around and the polling unit is already set up. The list has also been pasted.

Ad-hoc staff are pasting the voters list while some voters are looking up their names on the list. Five male security personnel arrived the polling unit at 7:44am.

The ad hoc staff are around and the polling unit is already set up. The list has been pasted already.

The four INEC officials have set up the table and voting cubicle in preparation for the accreditation and voting.