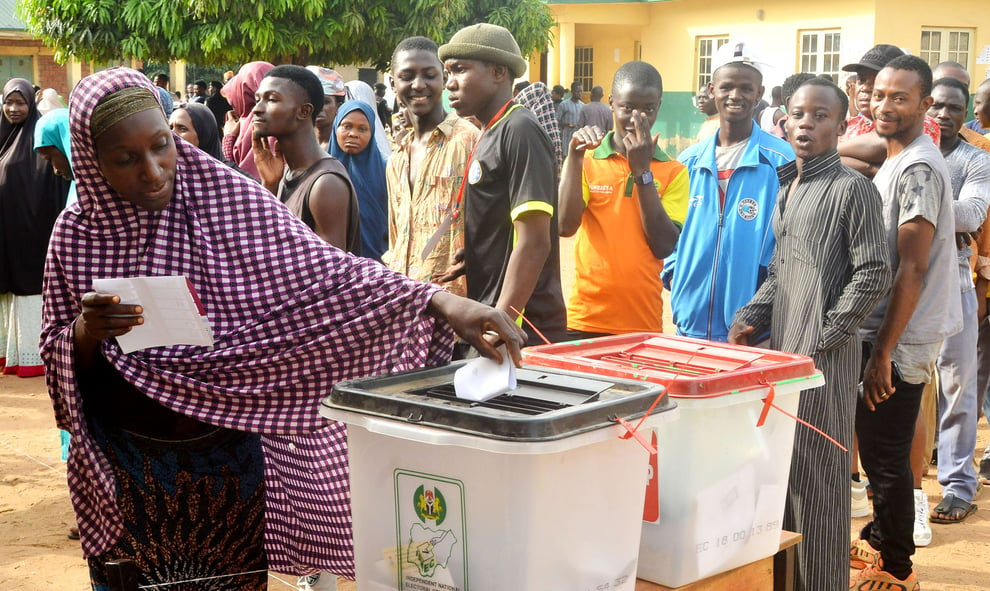 The Independent National Electoral Commission (INEC) has declared the registration of 106,280 new voters in Ekiti and the Osun States invalid.

The development comes weeks before the governorship election in both states– Ekiti is billed to hold its gubernatorial election on June 18, while Osun will hold its election on July 16.

According to data presented by the commission at a media briefing on Wednesday, 40,234 new voters have been registered in Ekiti out of which 17,640 were invalid — the number represents 43.9% of the completed registrations.

Speaking at the briefing, Mahmood Yakubu, INEC chairman, said invalid registration was recorded in all the states across the country.

“The troubling issue of invalid registration persists which we detected while cleaning up the latest registration data,” he said.

“It seems that many registrants, either out of ignorance that they do not need to re-register if they had done so before, or a belief that our systems will not detect this infraction, have gone out to register again.

“This is despite repeated warnings by the commission against this illegal action. In addition, there are also registrants whose data were incomplete and did not meet our business rules for inclusion in the register.

“This infraction happened in all states of the federation. No state is immune from it. These invalid registrations will not be included in the register of voters. This development is worrisome because of the time and resources expended in handling these cases.”