Our Problem In Nigeria Is Religion — Wole Soyinka 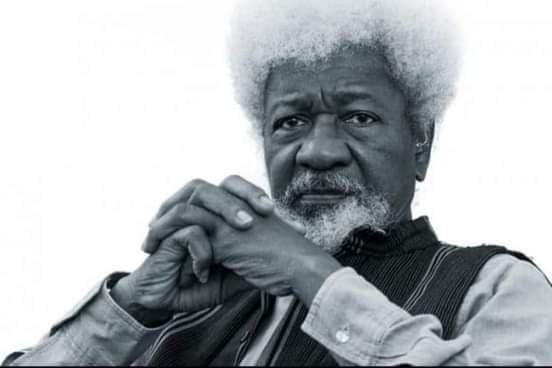 Nobel laureate and author, Wole Soyinka has revealed why he believes religion is the number one problem of Nigerians.

Soyinka who made this known while speaking with a professor of African Literature, Dr Louisa Egbunike, also revealed that religion has become an excuse for citizens to flout the laws and behave irrationally.

Soyinka also stated that religion in Nigeria has been used to subvert the rights of others, to the extent of primordial rights.

in his words, "Religion has been used to kill, not just singling, but collectively, to barb down the places of worship of others."

While emphasising that it is about time religion should be treated as a crime against humanity in Nigeria, Soyinka stressed that it has reached that level in societies like Nigeria.

According to him, “All over the place, I find that religion has been cosseted too much. And liberty has been taken by religionists, which would not be considered to other movements which are considered secularists.

"If you put on a garb of a religious leader, you can close up the expressway between Lagos and the rest of the nation, simply because you are having a religious celebration.

"You are just a fraction of the rest of the nation. And you should be accorded no special privileges. So, until that is done, people will always find something extra by belonging and manifesting, even to an extreme extent, your religious adhesions.

“Religion has become the number one problem for Nigerians. Hope is all very well, but hope itself can become putrid. Especially if it is hope for unearned advantages in society. If religion becomes an excuse for flouting the law, then that religion has got to be tackled head-on," he concluded.