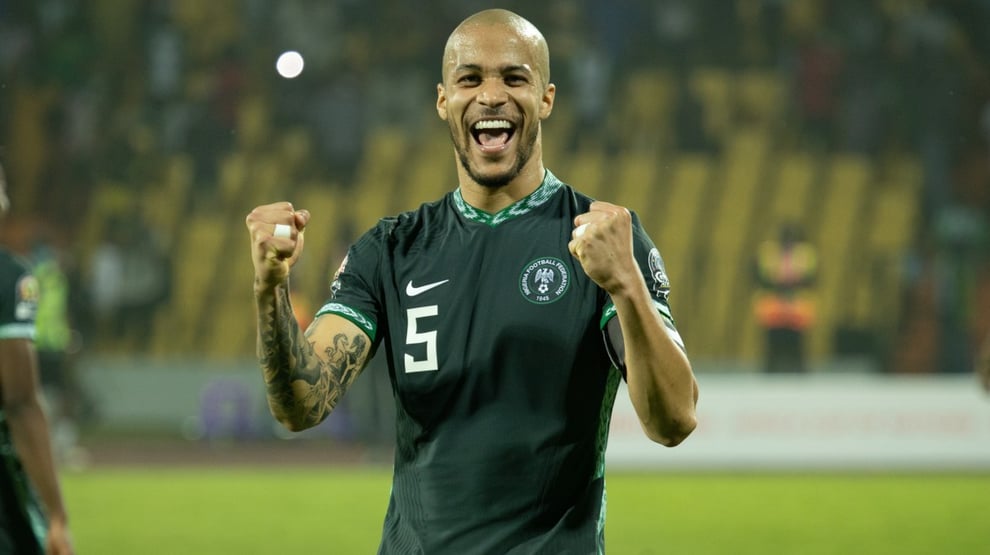 Super Eagles defender William Troost Ekong has revealed that the team's target is to beat the Desert Foxes of Algeria when both sides clash in an international friendly match in Oran.

The Watford defender said the spirit in the camp is high and the players are working hard to earn a win against Algeria on Tuesday.

He said this in an interview on NFF TV after the Super Eagles training.

“It’s been good we are very happy to see the boys back together and the staff.

"We have a game coming up against Algeria and spirit has been high, training has been good, and we are just working hard to improve our team cohesion and be ready for the game.

“The secret to our team is that there’s togetherness.

"We have experienced a lot in the last year.

"For the new guys, they are welcome and they will have to do the initiation and singing still.

"But the most important thing is that they are comfortable with us and they can show themselves on the pitch and contribute.

“We want to try and win all the games and improve in all areas.

"We are playing against Algeria, one of the top teams in Africa.

"We have to show them respect but at the same time, even though it’s a friendly game, we will try and win the game and prepare ourselves for the qualifiers that would be coming up next.“

Troost-Ekong added: “It’s a great opportunity for the new players to show themselves and for all of us to blend together and understand what the coach expects from us.”

William Troost Ekong is expected to lead the team in the absence of Ahmed Musa, who has been ruled out of the match due to injury.

New invitees, Richard Onyedika and Godwin Saviour will be hoping to get a chance to show the coaching crew what they can offer in the game.

The friendly match is billed for the Oran Olympic Stadium in Algeria on Tuesday, September 27.