Over 1.7 Million Ukrainians Flee To Central Europe Amid Invasion 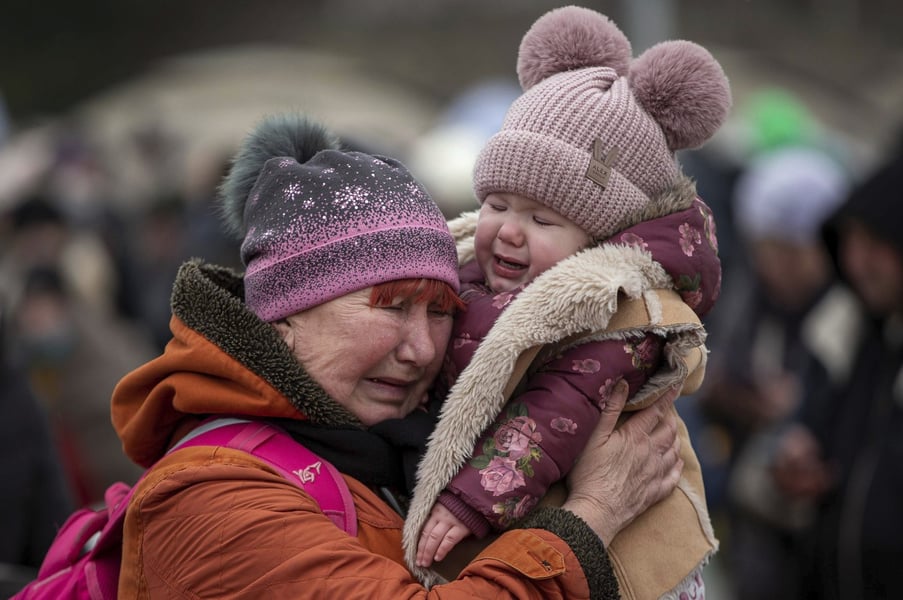 More than 1.7 million Ukrainians have so far crossed into Central Europe, fleeing the invasion by Russia.

The United Nation's refugee agency disclosed that thousands more have moved across the borders.

Since the conflict began on February 24, Poland which has the largest Ukrainian community in Central Europe has received more than 1 million Ukrainian refugees.

The Polish border guard service said; "This is a million human tragedies, a million people banished from their homes by the war."

EU's top diplomat, Josep Borrell, also added that the European Union could see as many as 5 million Ukrainian refugees if Russia's bombardment of Ukraine continues.

The Polish government passed a draft bill to create an 8 billion zloty ($1.75 billion) fund to help refugees from Ukraine.

Czechs have also donated 1.5 billion crowns ($62.8 million) so far towards aid for Ukraine, the largest amount ever collected for humanitarian help in the country.