Over 59 Million People Displaced Around The World In 2021 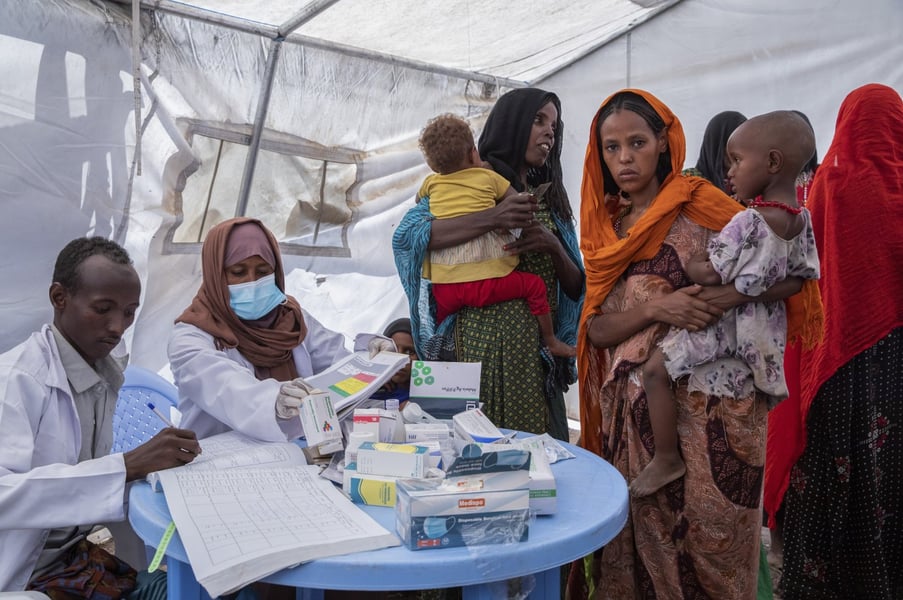 Over 59 million people were forced to flee as a result of conflicts and natural disasters in 2021, the Monitors said on Thursday.

Some 59.1 million people were registered as internally displaced worldwide in 2021, an all-time record expected to be broken again this year amid mass displacement in Ukraine.

This is according to a joint report by the Internal Displacement Monitoring Centre (IDMC) and the Norwegian Refugee Council (NRC).

Last year, new internal displacements from conflict surged to 14.4 million, marking a 50% jump from 2020 and more than doubling since 2012.

More than eight million people have already been displaced as to fhe war between Russia and Ukraine, in addition to the more than six million who have fled Ukraine as refugees.

IDMC director Alexandra Bilak said the record numbers seen in 2021 marked a tragic indictment on the state of the world and on peace-building efforts in particular.

NRC chief Jan Egeland also added; "It has never been as bad as this. The world is falling apart."

"The situation today is phenomenally worse than even our record figure suggests."

Despite the hike in conflict-related displacement, natural disasters continued to account for most new internal displacement, spurring 23.7 million such movements in 2021.

A full 94% of those were attributed to weather and climate-related disasters, like cyclones, monsoon rains, floods and droughts.

Experts say that climate change is increasing the intensity and frequency of such extreme weather events.