Over $600m In Crypto Stolen As Cross-Chain DeFi Site, Poly Network, Gets Hacked

The Poly Network protocol was hacked and lost $611 million, setting a record for the biggest attack on the decentralized finance (DeFi) network to date.

"We are sorry to announce that #PolyNetwork was attacked on @BinanceChain @ethereum and @0xPolygon," tweeted Poly Network today, addin "We call on miners of affected blockchain and crypto exchanges to blacklist tokens coming from the above addresses."

The company made a rather unsettling response when it issued a statement addressing the hacker, requesting that they talk things out. 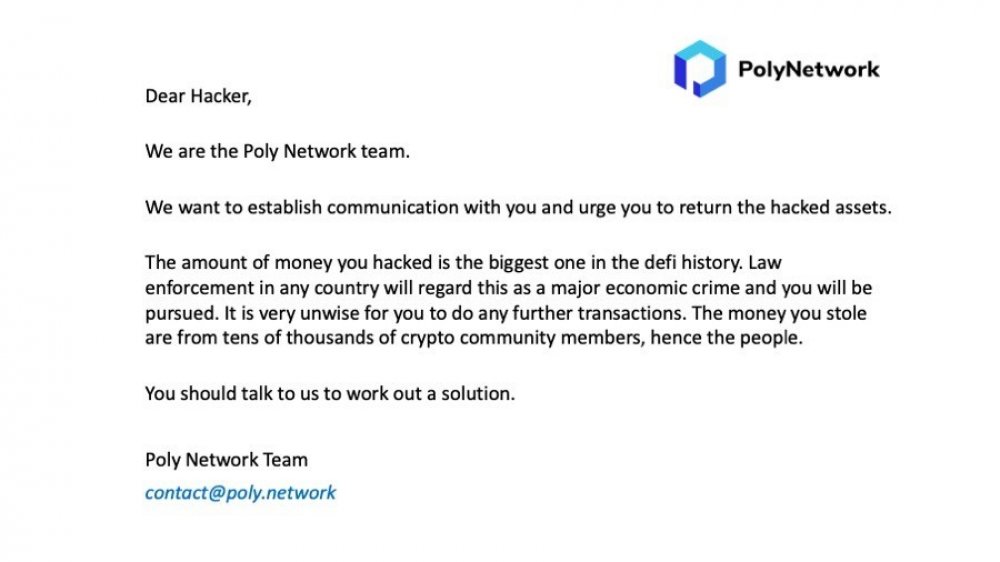 DeFi-related hacks made up 76% of major hack volume in the crypto arena this year as of the end of July, CipherTrace’s “Cryptocurrency Crime and Anti-Money Laundering Report” concluded.

Soon after the hack, Tether, the company behind the world’s third-largest cryptocurrency and largest stablecoin by market capitalization, froze roughly $33 million in USDT tokens associated with the alleged hacker’s wallet address, according to its chief technology officer.