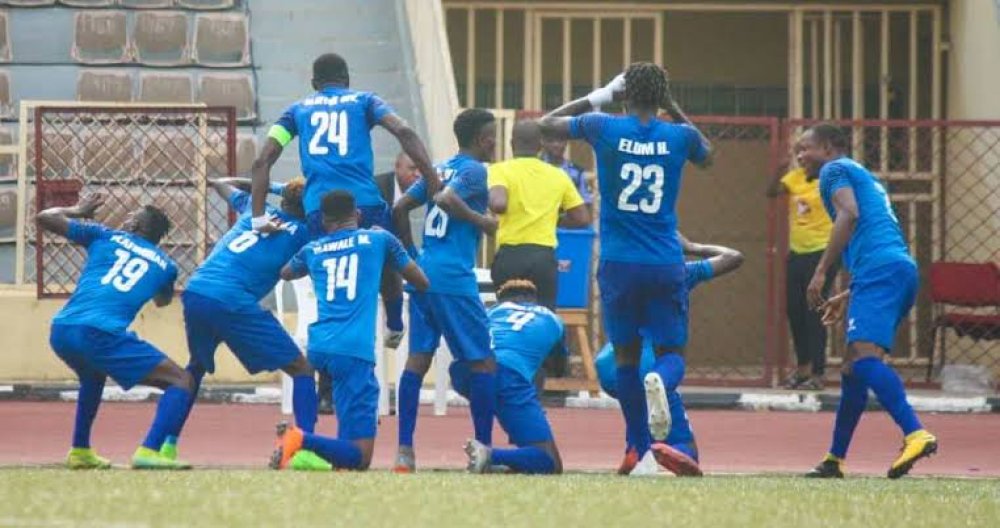 Ex-Green Eagles player, Felix Owolabi, has described the promotion of Shooting Stars Sports Club (3SC) to the Nigeria Professional Football League (NPFL) as a return from ”the wilderness experience to wonderland”.

Owolabi, who disclosed this at a news conference on Sunday, in Ibadan, noted that the club had just returned to where it rightly belong.

3SC, popularly known as Oluyole Warriors, were relegated to the lower division of the league (NNL) in 2017 and had since struggled to return to the NPFL.

The club on Saturday, however, regained promotion to the elite division of the Nigerian league after securing seven points, in the Nigeria National League playoffs.

To secure the promotion, the club had on Saturday, thrashed Ekiti United FC  6-0 in the Group B Conference, after previous 3-0 win over Bendel Insurance and a 1-1 draw with Remo Stars.

Owolabi, who expressed joy at the promotion, said it was the will of God that 3SC would leave the wilderness experience, for the wonderland.

“It is an overwhelming victory. It is not a fluke for one to have risen to score six good goals. This shows a lot of zeal, determination and dedication on the part of the players.

“I feel highly elated. I am happy that wherever you go today, everybody is shouting Up Shooting. This is a reflection of the people’s magnanimity to the club,” he said.

The ex-international commended the players for putting smiles on the faces of their teeming fans and supporters all over the country, while calling on the club owner, the Oyo State Government, to ensure it funded it adequately, so as to sustain its winning streak in the league.

“Funding a football club today is capital intensive, so the state government must fund it very well, to sustain the club in the league,” he said.

Owolabi further implored stakeholders to ensure that a greater percentage of the players who secured the promotion and were dedicated to the club, were retained.

“This is not a time to say we need premier players to play the premier league, like we do hear often, at the end of eras like this.

“They should parade players who give their best and all-in-all anytime they are called unto the field of play. They should be extremely careful in their selection.

“The more you bring new players, the more the challenges the coaches face. Now that there is a team on ground, they should build on this foundation,” he said.

The ex-3SC player also implored the club’s teeming fans and supporters, to work as a unit, toward sustaining the club’s successes.

On the Super Eagles

Owolabi observed that the team was crawling and but moving with results, saying there should be less talk about Gernot Rohr, the Technical Adviser.

“Whether we like it or not, the ultimate is that we must qualify and this is the target they have been given. So, let us see how he does it to get the result,” he said.

Owolabi said the Super Eagles technical crew was doing their best, especially given that a greater percentage of the players were foreign-based.

He said that Nigerians needed to be patient with them, as their style of play might be different from what was obtained in Nigeria.

Owolabi, an ex-Nigerian international with the former Green Eagles, and a long standing 3SC player, holds a doctorate degree in Physical Education.