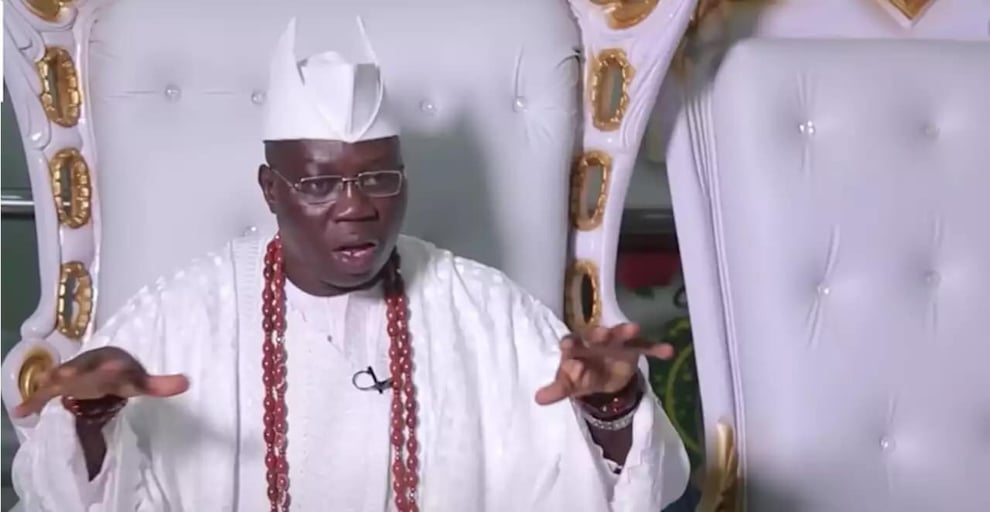 Worshippers at the Catholic church in Owo were attacked on Sunday morning and many were killed while several others sustained life-threatening injuries.

Aare Adams made this known via a press statement signed by Kehinde Aderemi, his Special Assistant on Media and made available to AllNews Nigeria.

In the statement, the Aare Ona Kakanfo said the incident was ungodly and is capable of threatening the foundation and existence of Nigeria.

While describing the perpetrators of the gory attack as evil, Adams noted that they have sinned against God and should be ready to face the wrath of the most high God.

“Cases of Boko Haram and Bandits and other criminal elements always attacking churches and mosques have simply shown the failures of the government.

"It has also exposed the crass incompetence of Nigeria’s leaders and the security apparatus.

“The Federal Government must rise to its responsibility, begin a thorough investigation into the attack and also bring the perpetrators of this gory incident to book.

“Investigation into the Owo Catholic attack should not be swept under the carpet.

"Those that carried out the attack are not ghosts, they must be apprehended immediately," the Yoruba generalissimo said.

While condoling with the Ondo state governor, Rotimi Akeredolu and the Olowo of Owo, Oba Gbadegesin Ajibade Ogunoye, Iba Gani Adams urged the governor not to relent in his efforts to secure the state.

Ondo State, he said, will not succumb to the will of criminals that are ready to truncate the peace of the state.

“The video clips and pictures of the deadly attack on worshippers could best be imagined.

"Such an attack would definitely not happen in a saner clime where there is effective security.

"It would not happen in a country where the lives of the citizens are precious to the government.

“However, at this sober time, I feel the pain even as I condole with the governor, the royal father, the good people of Owo town, especially, those that have lost their loved- ones to this cruel attack.

"The attack is a condemnable act and a sad one for that matter.

"It is an attempt to destabilise the state and make life unbearable to the people," he said.