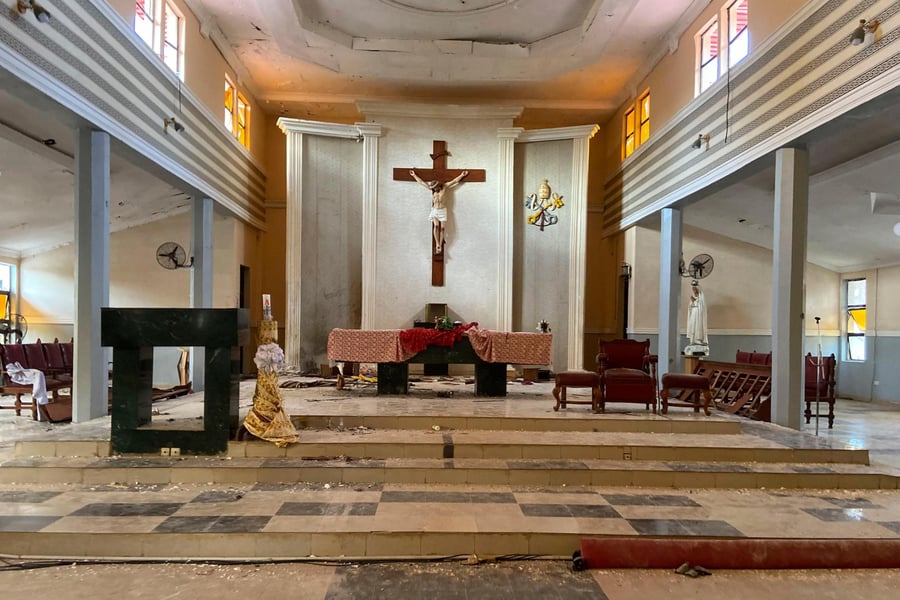 An Abuja-based human rights lawyer, Pelumi Olajengbesi, has called for the immediate prosecution of the suspects arrested in connection to the June 5 attack on a Catholic Church in Owo, Ondo State.

In a statement on Wednesday, Olajengbesi said beyond naming the suspects, their swift prosecution and conviction would go a long way to forestall recurrence.

He said the Federal Government must send a strong signal to the terrorist camps in the country by ensuring justice is quickly served.

He warned against dilly-dallying and foot-dragging on the matter as seen in past cases including 400 bureau de change operators and Boko Haram financiers arrested by the government since 2021 while none of them has been prosecuted to date.

Armed men had on Sunday, June 5, 2022, stormed the St. Francis Catholic Church in Owo, killing no fewer than 40 worshippers and injuring others.

The Federal Government had said the Islamic States of West African Province was responsible for the attack.

On Tuesday, the Chief of Defence Staff, General Lucky Irabor, announced that the masterminds of the attack had been arrested by security agents.

Commenting on the development, Olajengbesi in the statement, said, “Whilst one must commend the security agencies for the arrest of the dastard carnage at Owo in June, it is important to stress the need for the swift prosecution and subsequent conviction of the suspects.

“Having established that the actions of the suspects were in gross violation of the Terrorism (Prevention) Amendment Act 2013, the Federal Government should not hesitate to arraign the suspects for their trial to begin in earnest.

“Nigerians are keen about this matter and won’t accept any political interference and delay tactics like is currently happening to 400 BDC operators arrested for terrorism financing since 2021 but who are yet to be arraigned by the Attorney General of the Federation and Minister of Justice, Abubakar Malami (SAN).

“The Nigerian Government should learn from the United Arab Emirates which swiftly tried and jailed six Nigerians over allegations of terrorism financing.

“In the case of Owo, Nigerians won’t take cover-ups. Justice must be dispensed quickly lest the government give the accomplices of the suspects time to plot their escape from prison as seen in the attack on Kuje prison on July 5, 2022, where at least 69 Boko Haram suspects were confirmed to have escaped when ISWAP fighters attacked the prison.

“In fact, for security reasons, the Owo suspects should be kept in DSS custody as prisons are now susceptible to attacks, not with a country that has recorded about 20 jailbreaks since the All Progressives Congress government took over office.”

This newspaper had earlier reported that a former Navy Commodore, Kunle Olawunmi, said that Boko Haram terrorists mentioned names of current governors, senators and Aso Rock officials as sponsors during interrogation but the President, Major General Muhammadu Buhari (retd.), has demonstrated an unwillingness to go after the high-profile politicians for reasons best known to him.