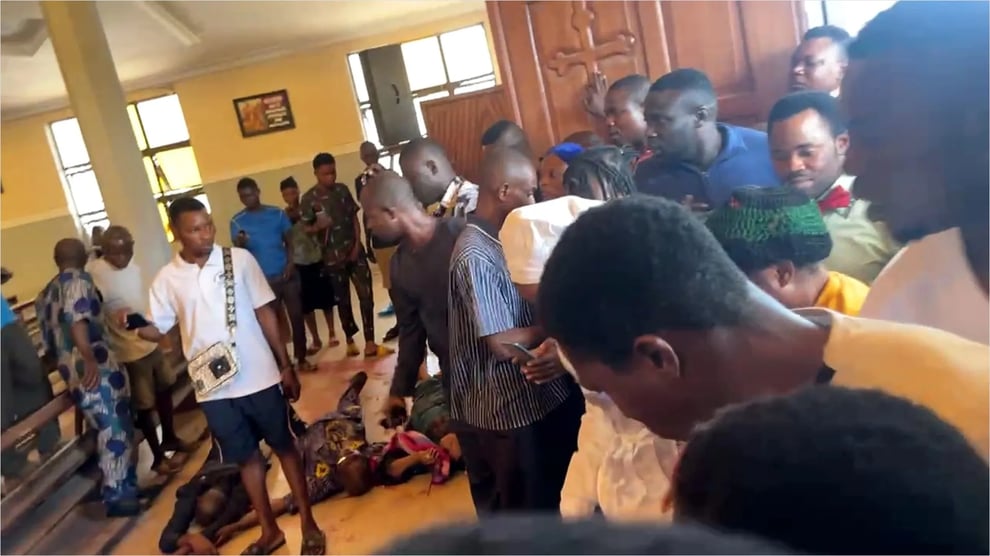 The National Association Of Nigerian Students Southwest (Zone D) has reacted to the massacre of Saint Francis Xavier Church members in Owa-luwa, Owo, and Ondo State.

The leadership of NANS in a statement co-signed by  Emmanuel Olatunji Adegoyega, John Alao, and Opeoluwa, the Coordinator, the Deputy Coordinator, and the Public Relations Officer of NANS (Zone D) on Monday condemned the occurrence referring to it as 'a threat to the life of the citizens of the state'.

The association noted that the government keeps preaching change but none has been effected, which is disappointing.

"This is indeed a threat to the life of the citizens of the state and highly condemnable.

"How could this sardonic event have happened without, a singular apprehension of the terrorists, even in a state known to be one of the major in having security operatives of Amotekuns?

"The rain of gunshots met the church worshippers unexpectedly, which made it more hurting and left the families of the victims in immense shock from the unfortunate attack.

"Everywhere is full of danger and now unsafe for such a disastrous event to have happened in a religious environment which is meant to be a place of purity and peace.

"Repeatedly, there has been the preaching of change from our political groups, particularly the ruling party, yet the level of insecurities and banditry is on the rise.

"Clearly, no change has been effected, which is really disappointing to the citizens of the country." the statement reads in part.

The association sympathised with the families and friends of the victims of the incident and prayed that "God comfort the heart of those affected by the attack and grant those under medical management quick recovery".

NANS called on the administrations of President Mohammadu Buhari and Governor Oluwarotimi Akeredolu to ensure the culprits are caught by all means.

The association also pleaded for peace, consciousness, and security in the nation.

"Equally, we charge the government of the federation and state, President Mohammed Buhari GCFR, and the state Governor Arakunrin Oluwarotimi Akeredolu SAN respectively to promptly rise into action to get the assailants hunted without leaving any stone unturned.

"Also, we request for the restoration of peace in the country, as government, citizens and sundries, we all should be security conscious, as we should always serve as instruments of peace in our various vicinities," the statement concluded.