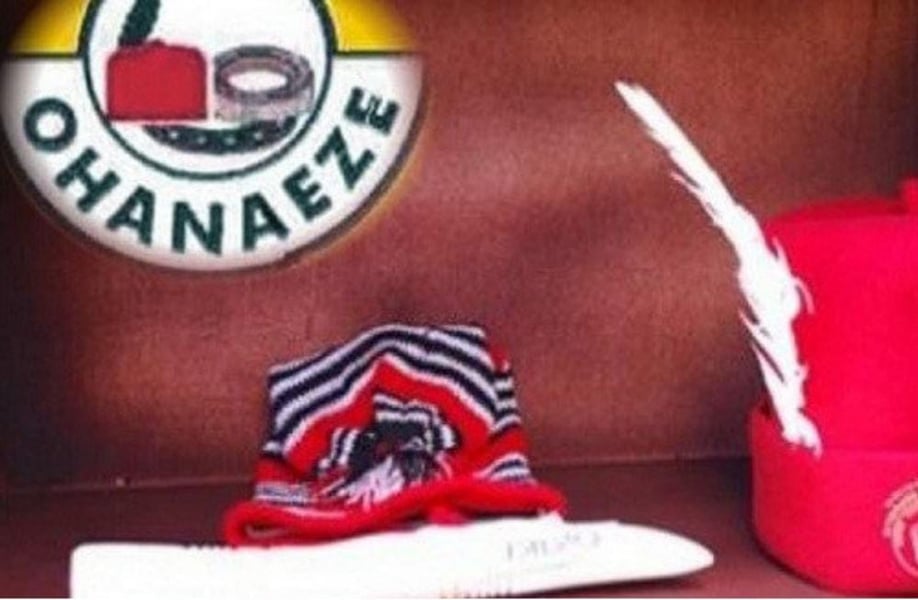 Ohanaeze Ndigbo has condemned the killing of worshipers at St. Francis Xavier Catholic Church in Owo, Ondo state, where scores of worshippers were killed and many more injured on Sunday.

The National Publicity Secretary of the Ohanaeze Ndigbo Worldwide, Dr. Chiedozie Alex Ogbonnia made this known in a statement on Monday

Ohaneze Ndigbo said that the attack “exposed the level of insecurity in the country and the inability of the Federal Government to rein in these agents of darkness on Nigeria”.

They described the attack as an “unbridled Massacre on innocent worshippers” in the state thereby calling on security agencies to arrest and bring them to justice.

Part of the statement reads: “The Ohanaeze Ndigbo Worldwide led by Ambassador Prof. George Obiozor condemns, in the strongest terms, this unbridled massacre of innocent worshippers in Ondo State and demands that the security agencies should smoke out these cowardly murderers wherever they may be and bring them to justice.

“The massacre of these worshippers, whose only crime was gathering together to worship God is barbaric, savage, cowardly, unconscionable and indeed the worst sacrilegious dastardly affront on the body of Christ.

“Ohanaeze is worried at the lowest ebb and utter disregard for the sanctity of human life that has insidiously become the Nigerian character. More worrisome is the porosity of Nigerian borders that have become a freeway for all categories of persons into the country.

“Ohanaeze recalls that the Owo massacre is coming only one week after the abduction, by suspected Fulani herdsmen, of the Prelate of the Methodist Church of Nigeria, His Grace, Dr. Samuel Uche and two other clergymen in Abia State, South-East Nigeria.

"Ohanaeze Ndigbo reiterates its persistent calls for the restructuring of the security architecture as a practical strategy for checking insecurity in the country.

“It is regrettable that today Nigerians can no longer walk or travel freely on account of the level of insecurity in the land. We hereby urge the Governors of Southern Nigeria to come together and strengthen their local vigilante groups especially the Amotekun and Ebubeagu in order to ensure the safety of our people.

“It is the Ohanaeze position that a vast federation such as Nigeria requires a multi-level security network to compliment the central security apparatus. Security becomes a collective responsibility only if there is a collective security consciousness.

"The philosophy behind Ebubeagu is that every community has volunteers and representation in the local security outfit. The local terrain is better understood and navigated by the indigenous security operators; hence the need to domesticate security for effective services.

“It is believed that the ongoing attacks, banditry, kidnap, unknown gunmen, herdsmen-farmers clashes, etc will sound a wake-up call on our governors to rise to the occasion. There is no gainsaying that the failure of any government begins with the inability to secure its citizens and property.

“On behalf of the Igbo, Ohanaeze Ndigbo condoles with Owo community, the Leader of Afenifere, Chief Ayo Adebanjo, Governor Rotimi Akeredolu and the entire people of Ondo State over this unprovoked gruesome massacre of innocent worshippers. We also condole with the many families of the deceased, the entire Catholic Church worldwide”.