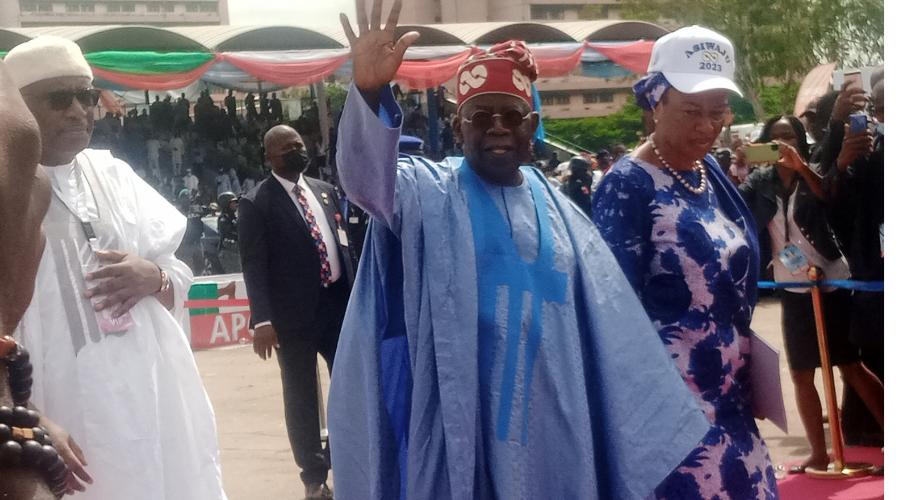 Oyetola described the emergence of Tinubu as a victory for democracy and pointer to democratic sustenance in the country.

Tinubu who emerged as the flag-bearer of the ruling party on Wednesday with a total votes of 1,271, defeated the runner up, Rotimi Amaechi who came a distant second.

The ruling party had held its Presidential Primary to June 7 and 8, 2022 where 23 aspirants, including the Vice President Yemi Osinbajo; former Imo and Rivers States' Governors, Rocha Okorocha and Rotimi Amaechi among other aspirants contested.

Governor Oyetola, in a statement by his Press Secretary, Ismail Omipidan expressed confidence in the ability, competence and administrative acumen of Tinubu to take the country to enviable heights ever known in history.

He noted that the emergence of Tinubu in a hitch-free electoral process was a clear indication the country was on the verge of democratic rejuvenation.

According to him, the APC standard bearer would in no doubt consolidate on the track records of President Muhammadu Buhari having being equipped with the required qualities of a good leader.

"Your emergence at the just concluded Presidential Primary of our great party is indeed a reward of your tireless efforts and selfless services to Nigeria and Nigerians and of course humanity.

"You are not just a leader of leaders but a finest politician who had used his God-given wisdom and wealth to build humanity and advance the socioeconomic fortunes of our dear country.

"It is on record that your phenomenal leadership and enigmatic fortress had in no measure contributed significantly to the growth and development of Lagos State where you served as a two-term Governor and of course Nigeria as it is evident in your influence across across the nooks and crannies.

"With your antecedents couple with your outstanding credentials in both private and public sectors, I have no doubt in my mind that your emergence will deliver victory for our party in all elections as this will further justify the quest to elect a candidate with unimaginable qualities that cut across spheres of life," Oyetola said.