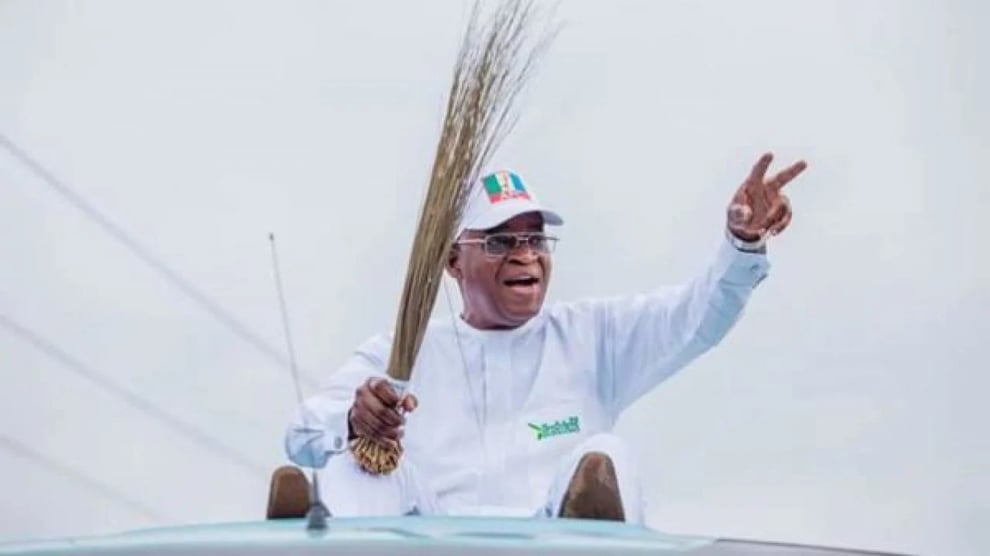 The All Progressives Congress (APC) in Osun State has stated that there is no doubt Governor Adegboyega Oyetola will be victorious in the July 16 gubernatorial election in the state.

They also stated that with the turn out of crowds and supporters at his campaign rallies, the show of support from people of Osun is enough to clear those doubts.

This was contained in a statement issued from the party's Directorate of Publicity, Research and Strategy, and made available to Newsmen on Thursday in Osogbo.

The party said that it is only a governor that has impacted the lives of the people positively that can attract the kind of reception given to the governor since he kicked off his re-election campaign in Ile-Ife.

"Whatever the critics and the opposition may say, Gov. Oyetola is on course to be victorious in the July 16 governorship election with a landslide victory.

"Infact, the event was carnival-like and the mammoth crowd was a representative of popular and unalloyed support and indicative of joy of a people who were showing appreciation on what Gov. Oyetola has done for them in the last 42 months of his administration".

While addressing the mammoth crowd, the National Secretary of the All Progressives Congress (APC) Senator Iyiola Omisore said that the Oyetola-led administration has done more than he promised the people of Osun in terms of unprecedented developmental projects in all nooks and crannies of Osun.

Omisore therefore appealed to the entire people of Osun to support and vote for APC in all elections especially in the July 16 governorship election in Osun.

While speaking, Governor Adegboyega Oyetola stared that he is more interested in developing the state rather than engage in fire for fire or the distribution of foreign currency to woo voters.

"My administration has been paying salaries and pensions as and when due and developmental projects that are visible are being experienced in all nooks and crannies of Osun without borrowing a kobo from any organisation".