Even as flood has overtaken Onikainkain community in Moniya, Akinyele local government area of Oyo State, residents have lamented the poor state of the roads which has continually worsened in the wake of the floods.

The lamenting residents also revealed that a brideg in the area with which they have access has been covered up by the flood waters.

The victims explained the development has left them stranded, with vehicular movement becoming dangerous by the day. 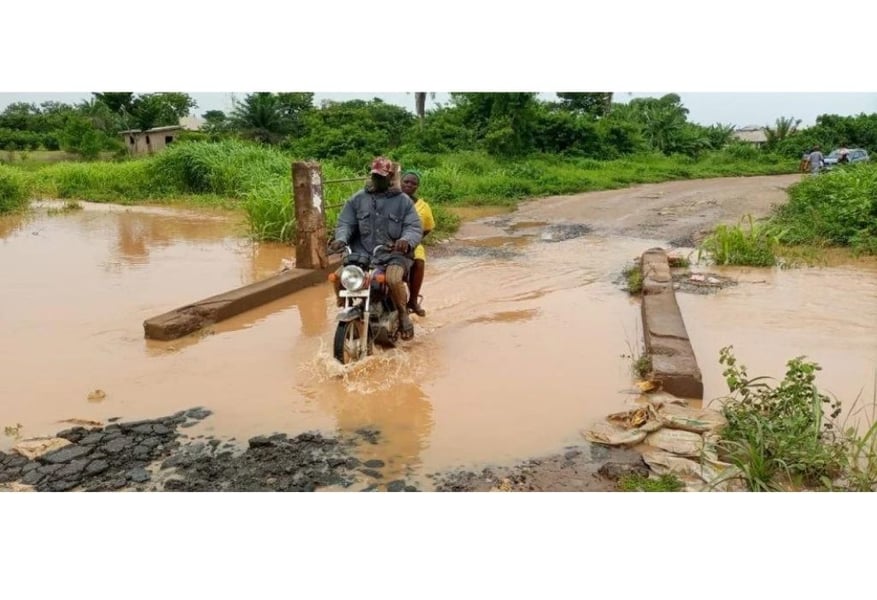 Noting that the situation had continues for long, residents expressed disappointment that the Oyo State government has not done anything to resolve the situation.

"The rainfall that occurred on May 16 and 21 had reportedly worsened the situation.

"We have no option but to pass on the wretched bridge with our shoes and sandals off.

“We lack all government amenities in the area. We don’t have motorable roads. Okada riders are avoiding our community now.

“For almost a month now, we have no power supply," residents lamented.

They also called on the public for rescue as the area is under siege of the flood.