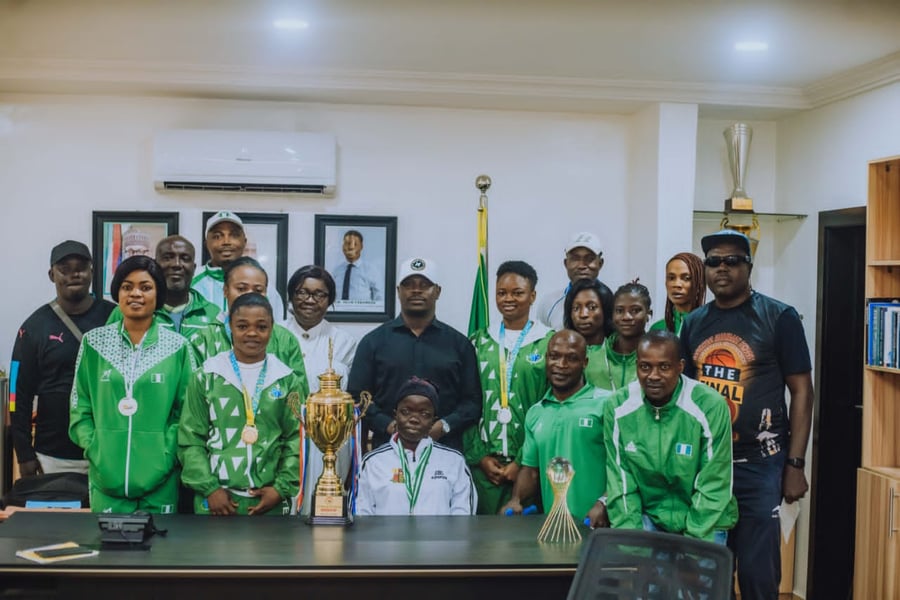 The Oyo State Government has assured that it will give adequate rewards and motivation to the athletic champions that won gold, silver and bronze medals at national and international competitions.

The Commissioner for Youth and Sports, Seun Fakorede dropped the hint during a meeting with the Chairman of the Oyo State Sports Council on Thursday in Ibadan.

The sports council chairman presented the Commissioner with the athletic champion teams in weightlifting, powerlifting and cycling.

Fakorede stated that the champions made Oyo state proud and the government will ensure that they are rewarded accordingly.

This, the Commissioner said is to serve as an impetus for them to achieve greater heights in the foreseeable future.

The Commissioner opined that the feats of our athletes in National and International tournaments are attributable to the grace of God, stressing that it is good to appreciate God for all the victories recorded by our athletes since the inception of this administration in 2019.

The Commissioner also pledged that the state government would host the athletic champions in recognition of their remarkable, outstanding and excellent performances during the various international tournaments.

The Olympian para powerlifting champions, Yakubu Adesokan and Modinat Babalola presented the trophy won as the first runner-up during the first para games in Abuja.