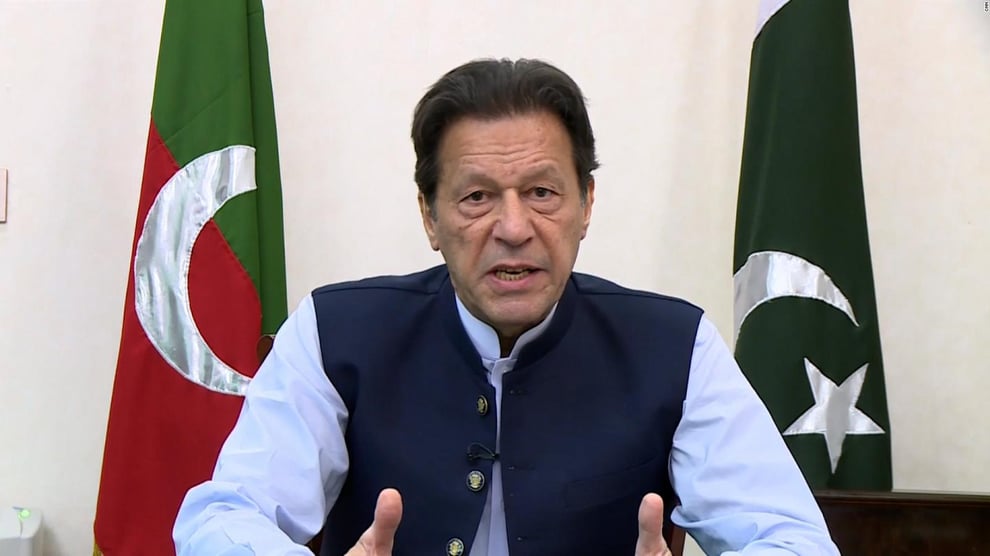 Former Prime Minister Imran Khan has warned Pakistan’s government to set new elections in the next six days or he will again protest in the capital with millions of people.

On Thursday, Khan spoke in Islamabad, aiming to bring down the government and force early elections, Aljazeera reports.

He added in his statement: “I had decided that I will sit here until the government dissolves assemblies and announces elections, but of what I have seen in the past 24 hours, they are taking the nation towards anarchy."

Khan was prime minister for more than three and a half years until being removed last month by a no-confidence vote in parliament.

Since then, he has held protests across the country, saying his removal from office was the result of a United States-backed plot.

Dozens of Khan’s followers clashed with police in Islamabad, as the riot police fired tear gas and pushed back hundreds of protesters who hurled stones as they tried to pass a roadblocked bridge near the city to board buses bound for Islamabad.

The government on Wednesday responded by launching a crackdown and arresting more than 1,700 Khan supporters.