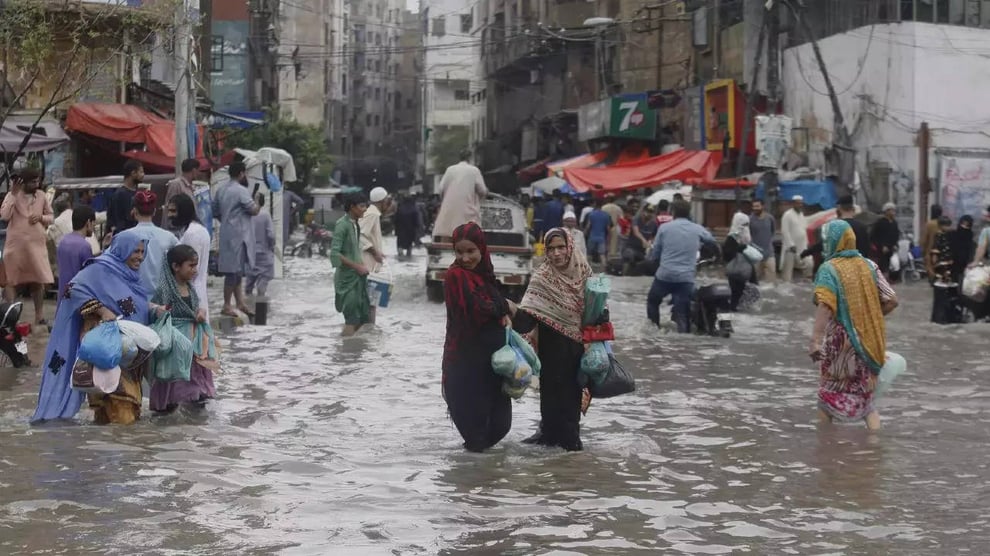 At least one man was killed in Palestine's Karachi on Tuesday as heavy rains hit the area.

According to the police, the deceased was electrocuted in Sector 4-D of Orangi Town.

His body was moved to the Abbasi Shaheed Hospital for medico-legal formalities.

The rainfall in Karachi, which continued for the second consecutive day this week was the highest rainfall recorded in Orangi Town.

After the rains, severe traffic jams were reported on Sharae Faisal, Saddar, Clifton, University Road, I.I Chundrigar road, Safoora Chowk and others as roads were flooded with water.

The Pakistan Meteorological Department (PMD) said the continuing wet spell was expected to intensify from August 18 to August 20.

The Met office further warned that this may trigger flash flooding and may create water-logging.

It said; “Sea conditions are likely to remain rough and fishermen are advised to remain careful while in the deep sea."