Pakistan PM Voted Out Of Office After Weeks Of Tension 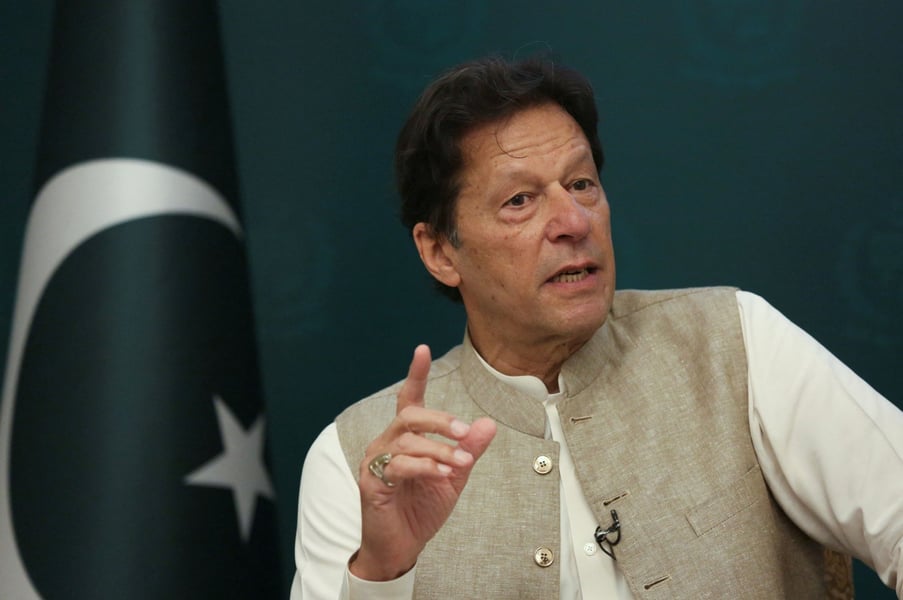 Pakistan's Prime Minister, Imran Khan was ousted in a no-confidence vote in parliament on Saturday.

Khan's allies blocked the no-confidence motion last week and dissolved the lower house of parliament, prompting the country's Supreme Court to intervene and allow the vote to go through.

The Daily Sabah reports that the prime minister's supporters claim there is a foreign conspiracy to oust him.

Khan surged to power in 2018 with the military's support but recently lost his parliamentary majority when allies quit his coalition government.

Opposition parties say he has failed to revive the country's economy or fulfil promises to make Pakistan a corruption-free, prosperous nation respected on the world stage.

Before Saturday's session was adjourned, opposition leader Shehbaz Sharif, expected to become prime minister if Khan is ousted, urged lower house Speaker Qaiser to ensure the vote was carried out as a matter of priority.

Khan said he was disappointed with the top court ruling but accepted it. But he said he would not recognize any opposition government that replaced him.

He said; "I will not accept an imported government" and called for peaceful protests.

He opposed the U.S.-led intervention in Afghanistan and has developed relations with Russia since becoming prime minister.