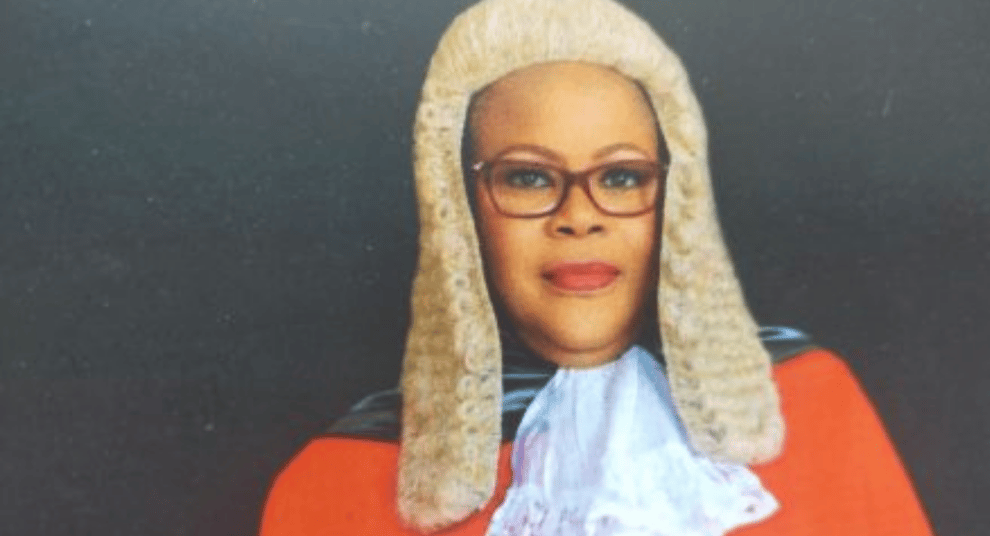 Justice Stella Ogene is a former President of the Delta State Customary Court of Appeal.

In the latest Pandora Papers investigation, Justice Stella Ogene has been alleged to have acquired a London property through an offshore company.

In the latest exposé published in Premium Times, Justice Ogene who was honoured as the longest-serving Head of Customary Court in Nigeria was referred to Cook Worldwide, a financial secrecy seller with an office in Panama, a notorious tax haven, by a British-Nigerian London property consultant, Chike Obianaba.

According to the document seen by the newspaper, Cook Worldwide acted fast and Assete Media Limited was born on September 7, 2009, with Ogene its beneficial owner, director, and secretary.

The price paid was 224,000 pounds (about N43 million at the prevailing exchange rate). She hid behind her secret Seychelles-incorporated company, which meant she could avoid possible investigation and prosecution in Nigeria for owning undeclared assets or acquiring as a judge any assets not attributable to legitimate income.

According to the investigation, Ogene said Assete Media took a loan to acquire the London property but she declined to explain which bank advanced the loan. In incorporating Assete Media, apparently to secretly own a London property, Ogene tried to hide from law enforcers.

But in what further pushed the limits of impunity for a judicial official, Ogene for 10 years, while President of the Customary Court of Appeal, served as a director of a private company in Nigeria in breach of the law.

According to the investigation, company records obtained from the Corporate Affairs Commission showed that her husband is a professor of Arts history and graphics and deputy vice-chancellor of the University of Benin. By that action, the professor is also in breach of the law.

Between 2010 and 2020 when Ogene retired from the judiciary, she remained director of Yellow Music, openly appearing in CAC records that are publicly accessible. She breached Section Six (6) of the Code of Conduct Bureau and Tribunal Act.

Ogene when initially contacted by PREMIUM TIMES denied her link with the shell company, Assete Media Limited, but later agreed with glaring evidence.

She said “I am not a sole director or any director for that matter and I am just a nominal shareholder of Assete Media. In relation to the records of the letter you referred to written by me, it is outdated and obsolete and there are documents to that effect.

“The company (Yellow Music Limited) the company was set up for future use at that time which was never in use and had no financial dealings whatsoever.

“It was initially set up as a possible future venture into musical recordings for our son John Ogene Jr who is quite interested in music.”

She, however, failed to respond to further questions concerning whether she declared her interest in Yellow Music and the offshore Assete Media to the CCB, as required by the 1999 Constitution.