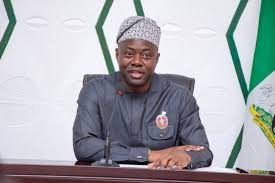 Oyo State government on Wednesday appealed to philanthropic residents in the state to patronize beggars, destitutes and urchins at the Akinyele resettlement, saying this is the best way to treat the destitute.

It also announced its renewed plans to bring some of the beggars who have left the provided Akinyele Resettlement Centre back into the facility.

The Commissioner for Women Affairs and Social Inclusion, Alhaja Omolabake Kafilat Olayiwola, stated this during an assessment visit to the facility, saying that the state government is willing to accede to some other urgent requests made by the destitute.

She explained that adequate care has been given to the evacuees at the new facility, which, according to her, is more habitable and conducive.

She said: “Firstly, I want to appreciate the effort of the governor concerning what he has done here. We even have some people in other states who have acknowledged the fact that the good things happening here are not being experienced in their own states. So, it is a great privilege.

“Concerning those among the destitute leaving this settlement the state government has provided for them, we have interviewed them and they told us that it is because those who give them food no longer come inside the settlement. So, they had to be going outside to get the food from those people. They said if the people will be coming inside to give them food, they won’t have any cause to go outside of this environment.

“In view of this, I want to urge some of our people who give them food to always try and come into the main resettlement centre because this is the best way to treat the destitute. We should stop giving them stuffs outside.

“In any case, I have assured that some of the requests they have made will be tabled before His Excellency, who we know is very kind and I believe the requests will be granted. Also, we will take every necessary step to ensure that those that go outside are returned and remain inside.

“Another good development about this is, we are making provision for food for them and they don’t complain about that. I have worked round this resettlement and I have seen that the state government has really done well for the destitute. I commend the government for the infrastructure put in place for them and I believe many more things will come for them.”

While speaking with news men on behalf of the Commissioner, the permanent Secretary, Mrs Christiana Abosede expressed satisfaction on the state of the resettlement center, stressing that the state government would continue to take good care of the Residents, in as much they stay in the designated camp.

She maintained that efforts are on top gear to recapture those that have absconded the camp to continue their begging business in some major streets of Ibadan.

“We bless the name of the Lord, thus far. God has helped us and Oyo State Government has been trying to see to the welfare of the destitute that have been evacuated and resettled at this centre.

“As you can see, they are doing well as regards medical care. The Ministry of Health has been up to the task and they have been feeding well. They took rice and fish in the morning, Eba and okro soup this afternoon. So far, so good, the Honourable Commissioner, the new commissioner for the Ministry in person of Alhaja Khafilat Omolabake Olayiwola, has deemed it fit, as part of her familiarisation tour to visit the people here, and to assure them of government continuous support of the center.

“That is why she is here and she is here too to listen just to get some feelers from them so that when she meets with His Excellency, she will be able to deliver some of their requests.
“Some of the destitute that were evacuated, we all see that some of them have strayed back to the street and effort of the ministry is to ensure that all of them are captured in.

“Even as part of the interview conducted with the seven elders that they have here, they complained a lot. They said they never liked the way some of them went back to the street and that they wanted Government to bring them back here.

“So, we are going to continue the evacuation exercises which we will be doing together. They have been feeding well as far as the Ministry in charge is concerned,” She said.

In their reactions, destitute, beggars met on ground appreciated Governor Makinde led administration for providing basic needs for them within the camp,

They however charged the state government to maintain its stand and dislodge those beggars that are floating other colonies in major streets of Ibadan.