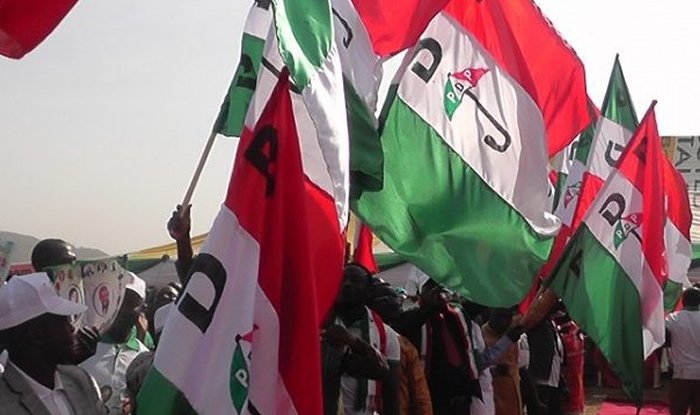 The Kano State Chapter of the Peoples Democratic Party (PDP) have commended the swift efforts of security agencies in investigating, arresting and arraigning the kidnapper and killer of Kano school girl, Hanifa Abubakar.

This was contained in a statement issued by Kano State PDP Chairman, Shehu Wada Sagagi, on Tuesday.

Hanifa Abubakar was abducted by her school teacher, Abdulmalik Tanko who confessed to later murdering her through poisoning and subsequently burying her in a shallow grave at one of the branches of his school for fear of being caught.

In the statement, the PDP applauded the successful operation that led to the arrest of the suspected culprit Abdulmalik Tanko and his accomplices through strategic intelligence gathering and tactical security operation.

‘’As members of the opposition in Kano, we wish to join other well-meaning Nigerians to also commend the prompt prosecution/ arraignment of the suspects before a senior magistrate court in the state to pursue justice on late Halifa without any delay, the statement said.

‘’On reforming the private education, the PDP, therefore, advised Kano State government under the leadership of Abdullahi Umar Ganduje to follow the necessary due process by a law establishing Kano State Private School Board which regulates the activities of all non-public schools in the state.’’

The Kano State Government on Monday revoked the operational license of all private schools in the state, saying the schools have to reapply for the license.

In a swift reaction to this, however, the PDP called on Governor Ganduje’s Government not to use the unfortunate incident to extort money from proprietors of private schools in the state.

According to the statement, the party noted that there has been a standard operating procedure provided by the law establishing the private school board developed by the previous administration of Senator Rabi’u Musa Kwankwaso.

‘’Despite the importance of reforming the private education sub-sector which has been long overdue, the Kano State Government should not see it as a window of opportunity for extortion of money from the hands of school proprietors,’’ it added

‘’The party is hereby extending its heartfelt condolence to the family of late Hanifa and the good people of Kano on the unfortunate incidence that has put people in deep sorrow and sympathy,’’ it concluded.