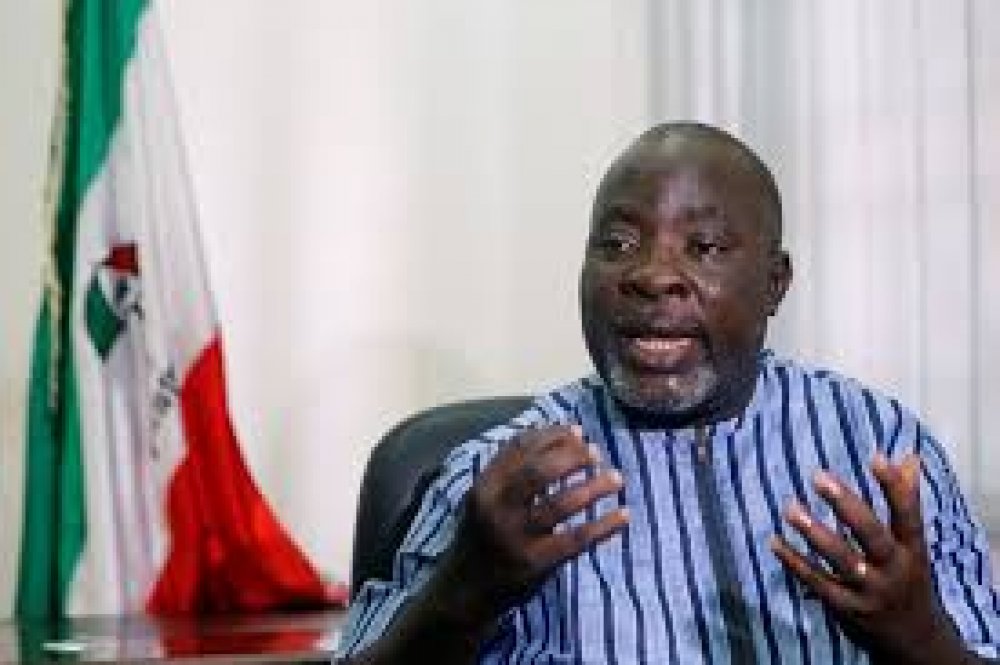 The main opposition, Peoples Democratic Party (PDP) on Saturday expressed alarm over the reported incident of gunshot and security breaches within the precincts of the Aso Presidential Villa following an alleged degenerated squabble among family members and officials of the Buhari presidency.

A national daily had reported that what security sources consider ‘security breach’ occurred at the precincts of the Presidential Villa, State House, Abuja on Thursday night, when the First Lady’s Aide-de-camp, Usman Shugaba, attempted to force President Muhammadu Buhari’s Special Assistant, Sabiu Yusuf, into self -isolation over COVID-19 fears.

The newspaper gathered that trouble started when Sabiu, President Buhari’s nephew, returned to his residence at the precincts of the Presidential Villa, just outside the Pilot gate, after a trip to Lagos where he had gone to meet his wife who had just delivered a new baby.

Citing COVID-19 protocols, Aisha Buhari and three of her children, Zahra, Halima and Yusuf, accompanied by some of her security aides led by the Aide-de-Camp were said to have gone to the residence of Sabiu located just outside the Presidential Villa to demand that he should self-isolate for 14 days, so as not to endanger the first family.

The said encounter degenerated into a heated argument as Sabiu insisted he was not the only aide to travel to Lagos saying that the new Chief of Staff, Prof. Ibrahim Gambari, is in Lagos every weekend till he settles in Abuja, and wondered why the double standard requiring his self isolation for visiting his own wife who just delivered a new baby.

Sabiu was however said to have returned home after the arguments. As he got home, the first lady in company of her children raided the premises using abusive words, presidential sources who witnessed the incident said, leading to the escape of Sabiu after gunshots were fired by the First Lady’s ADC in an attempt to apprehend the President’s aide, who had to breach walls to run for his life and escape to the nearby residence of President Buhari’s cousin, Mamman Daura, where he spent the night, ThisDay reports.

Reacting through a statement signed by its National Publicity Secretary, Kola Ologbondiyan, the opposition party said it was deeply worried that the protracted spat between First Lady Aisha Buhari, and aides of President Muhammadu Buhari has now degenerated into violent combats, raids and free use of firearms within the State House.

PDP described as distressing, the report that members of the President’s family were at scene of the assault against one of President Buhari’s aides, during which the First Lady’s security details were alleged to have resorted to the use of firearms. It expressed more worry that the Presidency did not deem it fit to explain what happened to Nigerians so as to douse the tension caused by the development.

The statement reads, “Our party is disturbed by such ugly situation in the Buhari Presidency, which has already heightened apprehensions in the public space over the apparent failure of security architecture and central command system in the presidency leading to such reckless and irresponsible breaches.

“The chaotic situation in the Presidential villa only points to the failure by President Buhari to provide a leadership that can guarantee orderliness in governance and effectively ensure the security of our nation.

“The PDP notes that such leadership failure at the highest level has further exposed why our nation has been bedeviled by myriads of security and economic problems under President Buhari’s watch in the last five years.

“More worrisome is that the Buhari Presidency had failed to speak out on the frightening situation so as to reassure Nigerians and douse the tension in the polity; especially at this critical time when our nation is facing serious security challenges.

“The PDP therefore calls on President Buhari to take immediate steps to restore order in his Presidency and shield our security system from the division and power tussle among persons close to him.

“Our party also demands for an immediate inquest into the security breaches as well as the alleged violation of COVID-19 ban on inter-state travels by officials and relations of Mr. President, which was reported to be part of the immediate causes of latest disturbances in the Presidential villa.

“Furthermore, the PDP urges the National Assembly to save the nation by wading into the persistent infighting in the Buhari Presidency especially as those in charge of the Presidential villa has not demonstrated the required capacity to engender the needed orderliness for productive governance.”