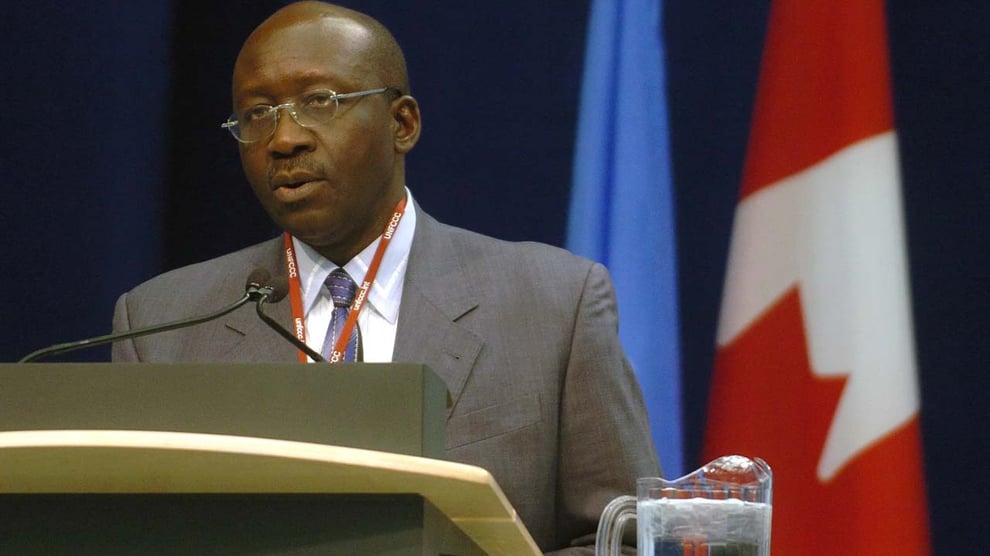 The National Chairman of the Peoples Democratic Party (PDP), Dr Iyorchia Ayu, has denied reports making the rounds that he has resigned.

Ayu stated that he has no plans to resign in the nearest future.

This was made known in  a statement by his Media Aide, Simon Imobo-Tswam, on Monday.

"The PDP National Chairman, Dr Iyiochia Ayu, has not resigned and has no plan of resigning.

“For clarity and emphasis, he was elected for a tenure of four years."

The claim comes amid growing tension in the party over ongoing talks between the party’s presidential candidate, Atiku Abubakar and aggrieved party members sympathetic to the cause of Rivers State Governor, Nyesom Wike.

Atiku had appointed a seven-member team of loyalists led by Adamawa State Governor Ahmadu Fintiri to hold discussions with Wike’s team of seven under the Prof. Jerry Gana.

The two teams are billed to meet in Port-Harcourt late on Monday.

This was contained in a statement released by the Atiku Media Office, in Abuja.

It quoted Ayu as saying the rate of decampment from the APC to the PDP is increasing by the day and an indication that the opposition party is waxing stronger.

“It is clear everywhere that the PDP is back. Today, we are here to take in new members into the PDP.

"Very soon, this venue shall be hosting the President of Nigeria who is your very own son.

“I welcome the new entrants to our party and I therefore hand them over to Governor Fintiri.

"I urge the governor to continue with his good work in making Adamawa better than he met it.”