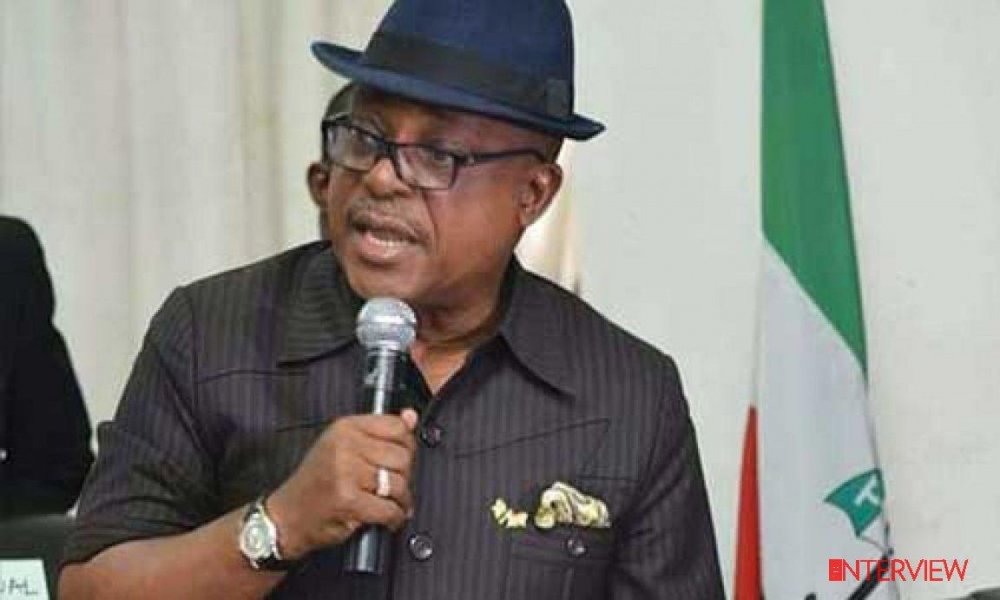 The embattled National Chairman of the Peoples Democratic Party (PDP), Prince Uche Secondus,  has denied the allegation that he is working against the interest Southern Nigeria.

Secondus stated this in a statement issued by his Media Adviser, Ike Abonyi, in Abuja on Friday.

It noted “the Media Office of Secondus will continue to respond to even laughable talks because of the danger of allowing disinformation to enter public space unchallenged.”

It stated that one of such piece of false information being dished out was the allegation from the Rivers State Chairman of PDP, Ambassador Desmond Akawor, that Secondus was working against Southern interest and that he had not paid his dues to the party.

“We understand the frustration of the anti-Secondus crusaders who have become evidence shopaholics in their desperation to find points with which to achieve their ignoble goals.

“The Media Office sees their effort as a case of bad marketer selling a product, who puts in several efforts to convince buyers to no avail.

“Our response is that there is no truth in all the allegations and Southern interest will be grossly endangered if it is the likes of Akawor and his clique that are pushing it,” the statement said.

The Secondus Media Office said that critical members of PDP, including discerning members of the public knew as a fact that” no one person, no matter his position, could determine singularly the position of offices in the party.

“The Media Office will, however, continue to urge members of the public and the media to be wary of compulsive shoppers whose agenda is mainly to distract and destroy this party and remove its focus from retuning to power in 2023 as being yearned by Nigerians,” the statement said.