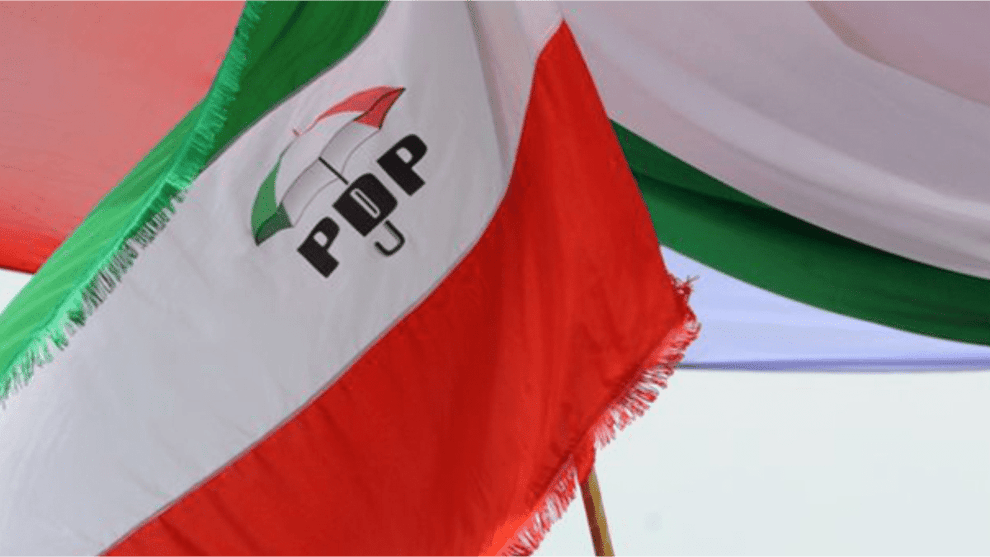 Delegates of the Peoples Democratic Party (PDP) in Oyo State have disclosed that security officers chased them out of the venue of one of the primary elections in the state.

The main opposition party fixed Sunday, May 22, as the date for the House of Assembly and House of Representatives primary elections ahead of the 2023 elections.

Delegates for Ibadan South East House of Assembly Constituency II have now said that they were chased out of Saint John Primary School, Alake, Academy, Ibadan, the venue of the primary election.

According to them, some APC Chieftains are moving about the venue accompanied by security men meant to provide security for delegates.

It was also alleged that the party chieftains are intimidating the perceived opposition in the party.

Alhaji Tiamiyu Abidikugu, one of the delegates who was prevented from voting during the primary election, alleged that he was chased out by security officers on the orders of Deputy National Chairman of PDP, Ambassador Taofeek Arapaja, and Chairman of Pacesetter Transportation Service Company, Dare Adeleke.

He added that some of them who were already at the venue were chased out while those coming in were not allowed to gain entry to the venue.

Abidikugu also called on the governor of the state, Seyi Makinde, to intervene.

"Despite the fact that I am a bonafide delegate and a leader in Ibadan South East Local Government, I was also chased out of the venue like other delegates, preventing me from exercising my democratic process in our party.

"Our national officer and another government appointee, Arapaja and Adeleke respectively are the brain behind all the scenarios.

"Those of us that were already inside were chased out while denying others entrance to the venue.

"I am using this opportunity to implore Governor Seyi Makinde to intervene by calling Arapaja and Adeleke to order to stop further polarising the party", he said.

A second delegate named Sakirat Sheu revealed that she was already in the queue when Arapaja and Adeleke came in with soldiers to send her and others out of the school.

"We were already in the queue when deputy national chairman, Ambassador Taofeek Arapaja, and Dare Adeleke came, and force some of us out.

"The soldiers were shooting into the sky to scare us, we have no option but to go out, preventing us from performing our civic responsibility to the party.

"I am an authentic delegate, my name is on the delegate list for Ibadan Southeast State House of Assembly Constituency II but because I am not in support of their aspirant, that is why they chased us out", she lamented.