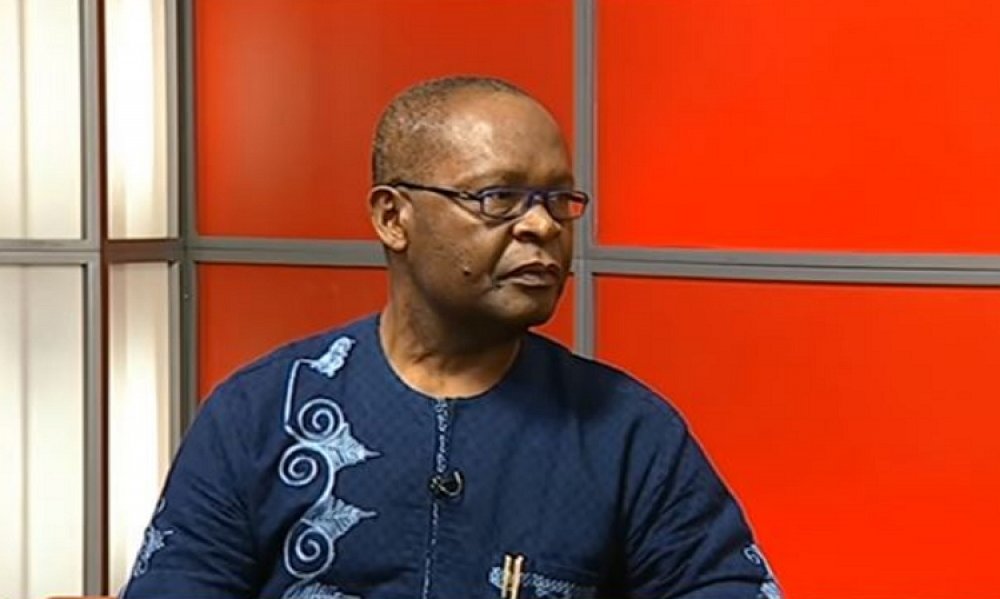 A chieftain of the All Progressives Congress (APC) in Lagos, Joe Igbokwe, has posited that the political career of Peoples Democratic Party (PDP’s) Atiku Abubakar was “crushed” by former President Olusegun Obasanjo's book ‘My Watch’.

According to Igbokwe via his known Facebook page on Saturday, ‘My Watch’ “stopped” Atiku.

Recall that in Obasanjo’s book, Volume 2, pages 31 to 32, the former Nigerian leader noted:

“What I did not know, which came out glaringly later, was his parental background which was somewhat shadowy, his propensity to corruption, his tendency to disloyalty, his inability to say and stick to the truth all the time, a propensity for poor judgement, his belief and reliance on marabouts, his lack of transparency, his trust in money to buy his way out on all issues and his readiness to sacrifice morality, integrity, propriety, truth and national interest for self and selfish interest.” 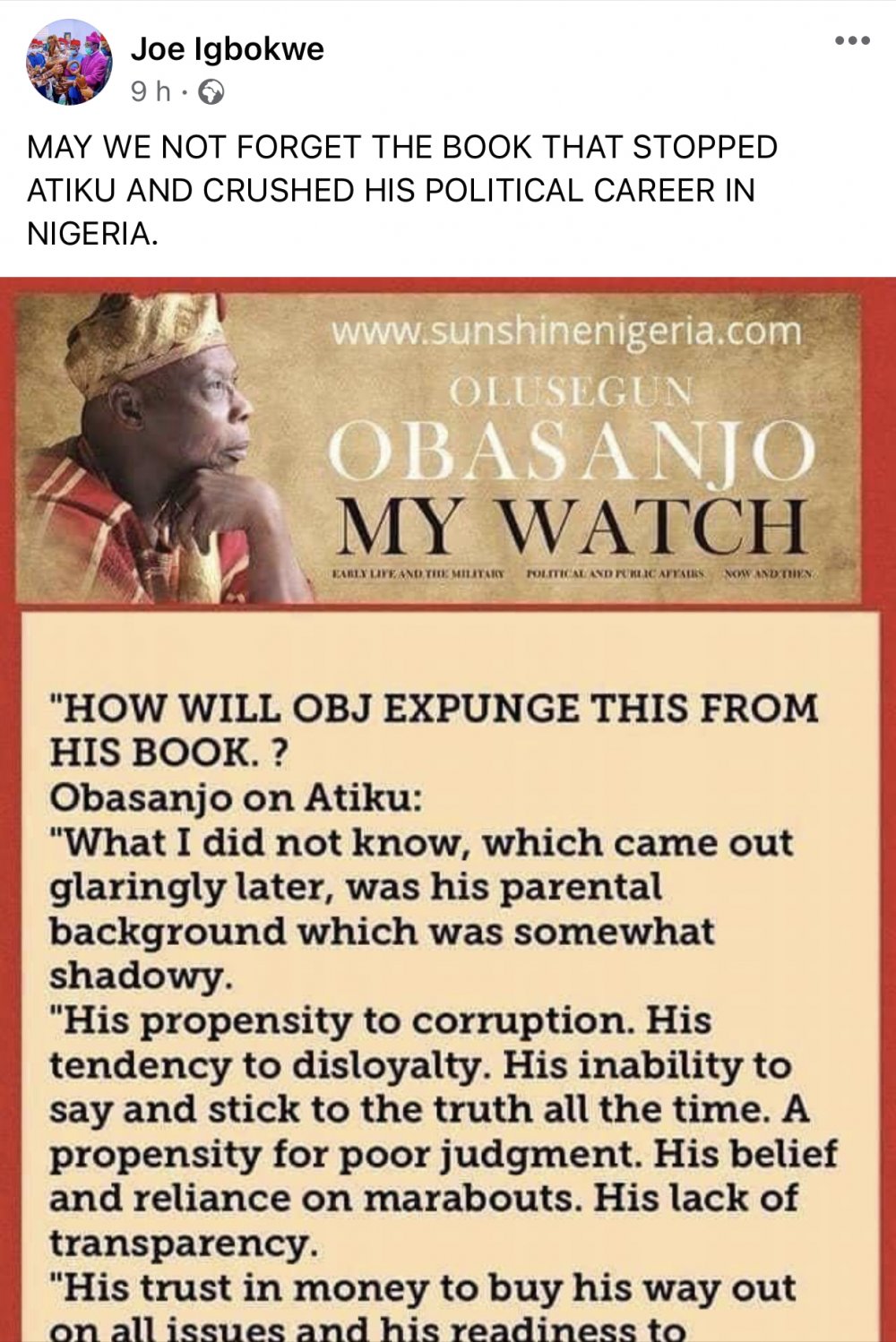 Apparently taunting the opposition, Igbokwe wrote: “May we not forget the book that stopped Atiku and crushed his political career in Nigeria.”