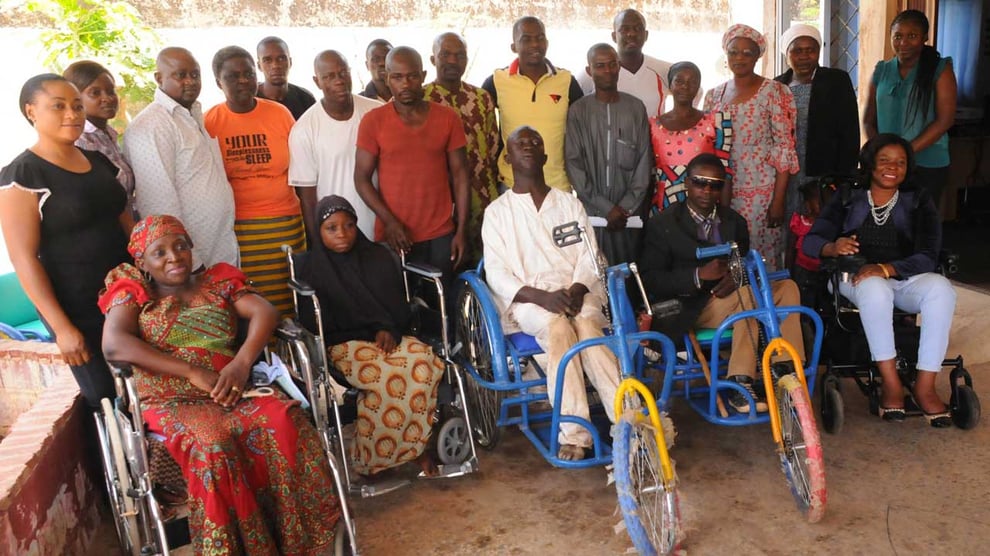 A Memorandum of Understanding has been signed by the Nigeria Association of Women Journalists (NAWOJ) and The Albino Foundation (TAF) to promote the inclusion of Persons with Disabilities (PWDs) and other marginalised groups in society.

Ladi Bala, the National President of NAWOJ, said during the signing of the legal documents on Tuesday in Abuja, that the MoU would create more awareness of the issues affecting PWDs and other vulnerable groups in the country.

Bala says journalists are essential stakeholders in advancing the cause of governance, hence will use their platforms to create space that will highlight and bring necessary changes on issues affecting PWDs.

"Our role is to create visibility on their issues and we also need to galvanise the society to see them as normal human beings with equal rights.

“We are concerned about that and because we have the platform and as part of our constitutional responsibilities as the watchdog of the society, we decided to build the capacity of journalists nationwide to understand issues on PWDs.

“This is because when they understand it better, they will be able to craft their messages in such a manner that it will elicit the kind of response from the members of the society”.

“We should conscientise the society and mobilise them to give the necessary support to these people, give them their space and their rights must be respected and their dignity upheld,” she said.

Jake Epelle, the Founder of TAF, said the MoU was apt, as it would further highlight issues affecting PWDs and ensure full implementation of the Disability Act.

The Programme Manager on Gender and Human Rights, European Union (EU), Esme Stuart, emphasized the commission’s commitment to ensure the rights of PWDs were respected.

“Today’s signing of MoU brings in two key priorities for the EU, including women’s rights, gender equality and the rights of PWDs.

“We are working to make it more inclusive, not only because it is a human right but we believe it makes the society better and more inclusive.”

Mr Chris Isiguzo, the National President of the Nigeria Union of Journalists (NUJ), said the MoU would enable the media to prioritise issues affecting PWDs like the disability act and its level of implementation.

He said “now the media will begin to talk about PWDs because we are talking about a group of persons that cannot talk for themselves.

“Now the media will become their voice and begin to talk about issues that concern them and these are the primary essence of the partnership between NAWOJ and The Albino Foundation.

“NAWOJ will begin to galvanize support from the media community and affiliate organisations so that the essence of this partnership will not be lost.”