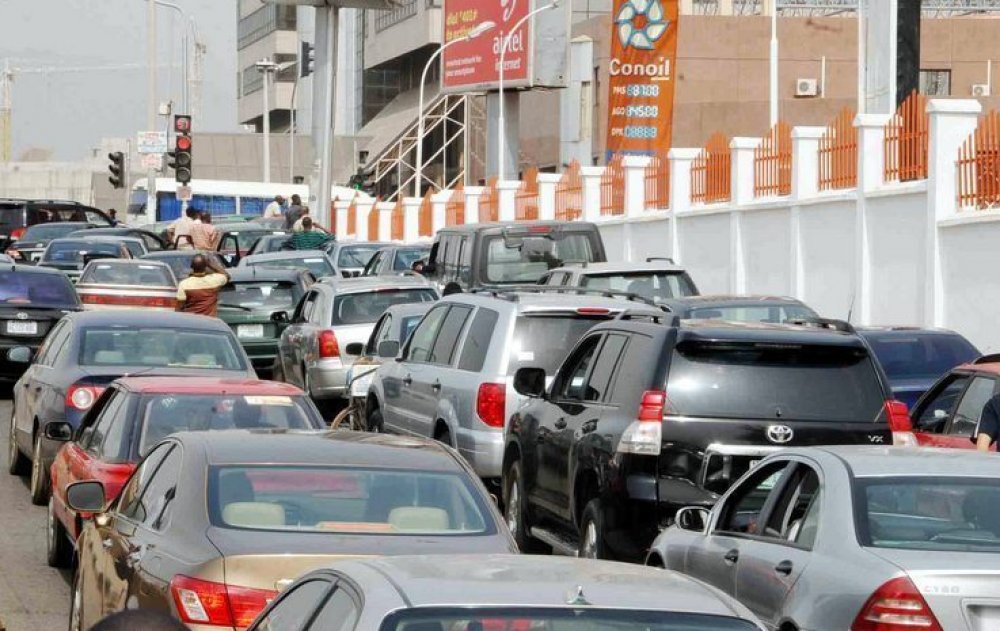 The Group Managing Director of the Nigerian National Petroleum Corporation (NNPC), Mele Kyari, has frowned at the re-emergence of petrol queue across the country, assuring that the situation will normalize in hours.

Kyari gave the assurance when he addressed State House correspondents after giving an update on the petroleum sector to President Muhammadu Buhari at the presidential villa, Abuja, on Tuesday.

He attributed the sudden re-emergence of the fuel queue to strike action embarked upon by the association of petrol tankers drivers.

The GMD, however, revealed that following the intervention of the leadership of the NNPC, the strike had been suspended for one week and the tanker drivers had resumed lifting of petroleum products from all fuel depots across the country.

He said: “These queues will go away. It’s because there was an industrial action by petroleum tanker drivers against their employers, the National Association of Road Transport Owners, around their compensation package.

“And those issues were not resolved up till yesterday until we intervened to ensure that there’s an amicable settlement between the parties so that they will have peace and then normal loading operations will commence from the depots.

“So, there’s really nothing fundamental that is happening now.”

Kyari further stated that the petrol queues had nothing to do with the ongoing issue of petroleum subsidy.

“Subsidy is a policy matter. I’m sure you’re aware of this. There are engagements going on within the government to get the best framework for having a fully deregulated PMS market.

“As this is going on, we are engaging all parties and all stakeholders as government and to make sure that at the end of the day, there’s an exit that is beneficial to the ordinary man.

“That is why we know we will not be able to complete that in the month of May and therefore, we declared that there will be no increase in fuel price.

“I have no update in hand now. This is beyond me, but we’re engaged to make sure that we have the right timeline,’’ he added.

On the impact of the rising crude oil price on the corporation, the GMD said it has both benefits and drawbacks.

“You know, it works both ways. Once prices increase, your revenue also increases.

“So, I don’t have any numbers around it, but I also know that your obligation to the price of petroleum increases, and your net revenue also increases.

“There’s a balancing factor. I don’t think there’s anything much to worry about,’’ he said.