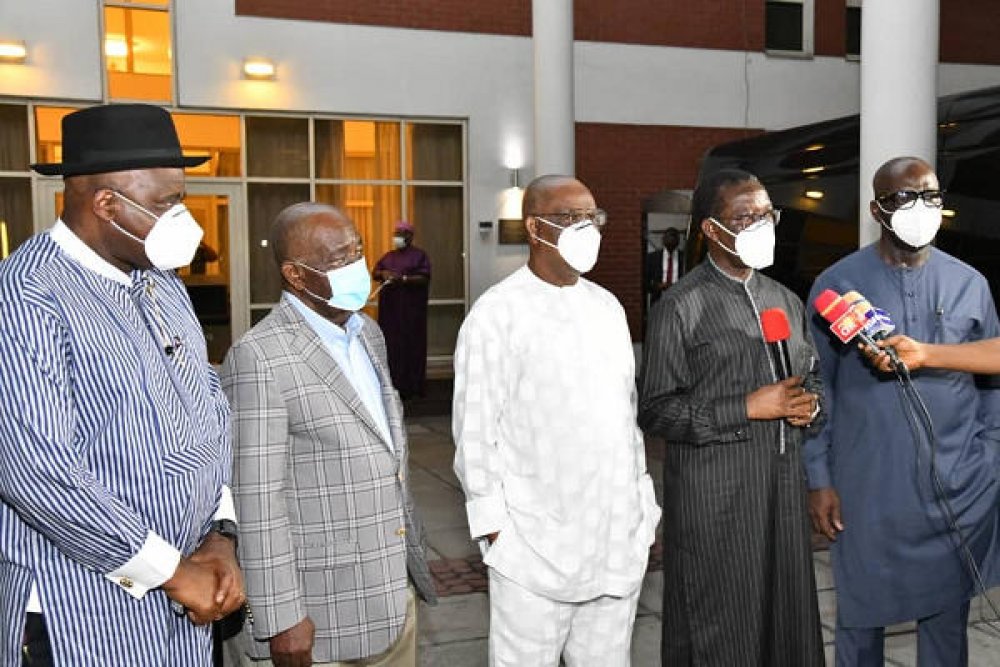 The South-South Governors Forum on Tuesday demanded an upward review of the provision of the 2.5 percent as host community trust fund in the Petroleum Industry Bill to 10 percent in the best interest of oil producing communities and the nation.

The Chairman of the forum and Governor of Delta State, Senator Ifeanyi Okowa, stated this at the end of the forum’s meeting at the Government House, Port Harcourt.

In the statement, the governors advise President Muhammadu Buhari in the absence of the board of the Niger Delta Development Commission, that the fund for the commission beyond the payment of salaries, should be put in an escrow account until he constitutes the board.

The statement read, “We took up the issue of the Petroleum Industry Bill which is already before the House and having compared notes with ourselves, we are of the view that while we welcome the Host Community Trust Fund, we do believe that the 2.5 per cent that is appropriated in that bill for the purpose of host community fund is inadequate.

However, the governors maintained that the communities have a role to play in the surveillance of the nation’s oil facilities and pipeline network.

They expressed the belief that if the communities feel satisfied with the provision of funds for them in the PIB, they are more likely going to be a watchdog on behalf of the federal government, the States, and oil companies.

“And the peaceful environment that would be seen in the various oil communities would enable us to have greater production and a seamless production in which we do not have any form disruption in our oil productions going into the future,” the forum said.

Okowa described as worrisome the running of the NDDC for over a year by an Interim Caretaker Committee, and now, an interim administrator.

“So, it means that the NDDC is actually run in such a manner that it is actually not truly beneficial to our people because there is no stakeholders input in the running of the affairs of the commission.

“We do know that there is a forensic audit taking place and if that reason the board has not been constituted, our advice is that monies being sent to the NDDC should be put in an escrow account until a board is constituted and then proper processes are followed in the expenditure of the money in a such a way it will be visibly accountable in the best interest of the peoples of the Niger Delta,” he stated.

The governors also demanded that whenever the board of the NDDC is constituted, the advisory council must be called upon to play its role to ensure that there are checks and balances in such a manner that the money expended by the NDDC would be beneficial to the states.